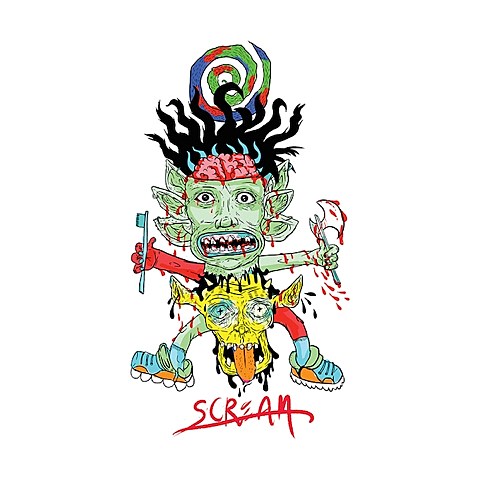 Two days ago, Grimes released "Flesh Without Blood/Life In The Vivid Dream" off her upcoming album Art Angels (due 11/6 via 4AD). It was the closest she had ever come to mainstream pop, but now she released another album track, "SCREAM" (featuring Taiwanese artist Aristophanes), and if it's not the farthest she's ever gone from mainstream pop, it's pretty damn close. Check out the weird, wild new song below.

Album pre-orders are also now up.