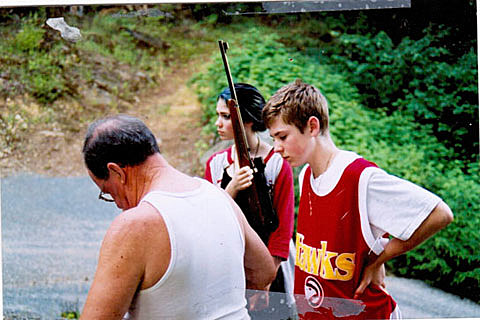 After a failed stint with Handsome Furs (damn you visa issues!) Grimes is ready to head back to the US with an even more coveted slot, opening all Lykke Li dates in May.

Tickets are all sold out for both nights at Webster Hall (5/17, 5/18) during that tour, but if you want to see Lykke, tickets are still available for her show at Central Park SummerStage on August 1 (without Grimes).

Right before that tour, on May 12th, Grimes plays an M for Montreal daytime Great Escape showcase at Life in Brighton (in the UK) along with fellow Canadians PS I Love You and Radio Radio. That's one day before the previously-mentioned M for Montreal/BrooklynVegan nighttime showcase happening at Coalition with Said the Whale, Thus:Owls, Handsome Furs and The Radio Dept.

In July, Grimes is playing Guelph, Ontario's Hillside Festival (7/22-24) which recently announced their full lineup which is listed below.

Tour dates, the new "Vanessa" video, and a video of Grimes at SXSW is below.