Mother Brain at Saint Vitus in 2014 (more by Drew Gurian) 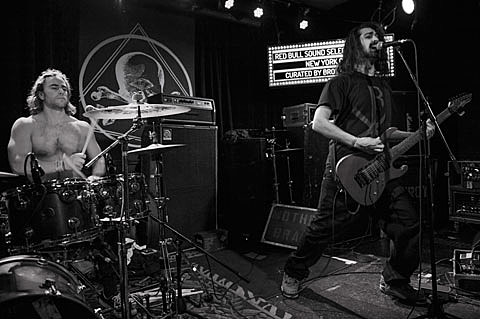 France's Department of Correction achieved two grindcore rites of passage this year, releasing a split with mincers Agathocles and wiggling themselves onto a six-way split (Monsters! from Kaotoxin). Busy? You bet, but they're not done. In August, the Persian quartet will tour the US with Jersey's blasting duo Budd Dwyer. The two will trek across the entire country, including stops in Baltimore, Austin, and Los Angeles. On August 8, they'll shake the floor at NYC's Saint Vitus along with stunning sludgesters Sea of Bones and the core craziness of Mother Brain. Tickets are $10 at the door and in advance.

Mother Brain, who released unrelentingly ripping Rise and Grind 7" back in March, will also be joining Department of Correction and Budd Dwyer at Obnoxious Noise Fest 2014 on August 9. The fest will take place on Long Island at Even Flow Bar and Grill in Bay Shore, New York and features a stacked bill including Malignancy, Artificial Brain, Pyrrhon, and more. Mutilation Rites were on the bill, but "had to drop off [due] to unfortunate circumstances. A replacement band will be announced shortly." Tickets are $20 at the door.

In related news, Pyrrhon will also be playing the Tombs record release show at Saint Vitus on July 25. Tombs also just released a beer. Mutilation Rites released their album Harbinger this week, which you can find discussed with other new releases in Invisible Oranges' Upcoming Metal Releases. And Sea of Bones are currently out on the road. The aforementioned August 8 date is their final stop.

All of the dates along with flyers, streams from Department of Correction, Mother Brain, Budd Dwyer, and Sea of Bones appear below. 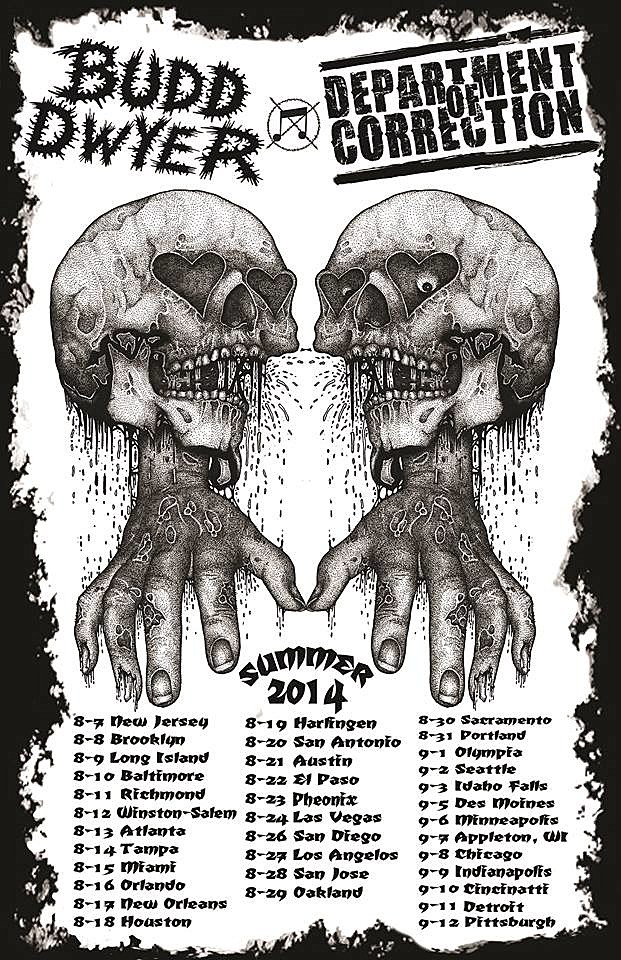 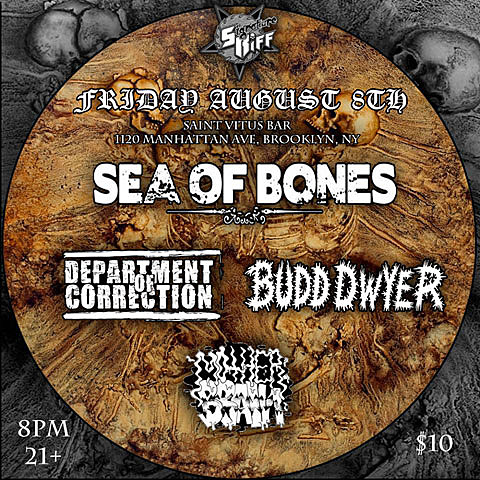 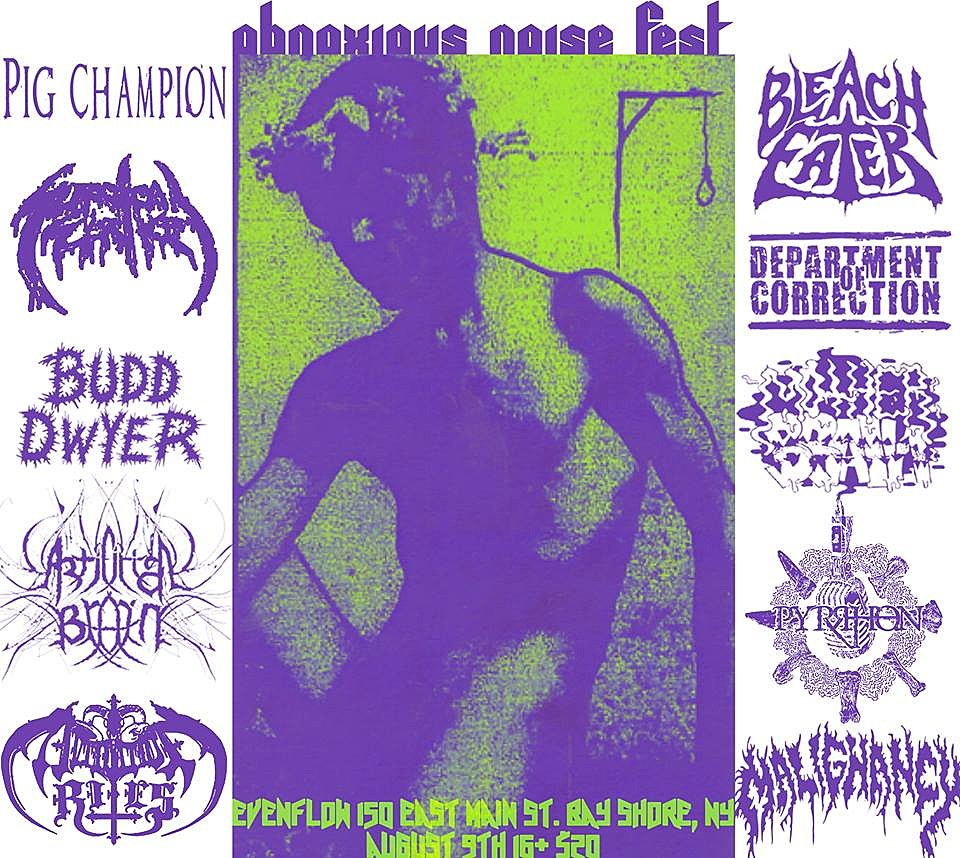