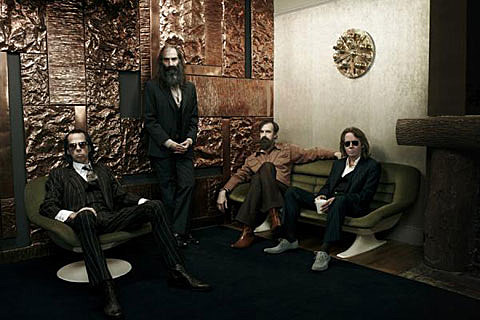 Grinderman will release their new studio album Grinderman 2 through Mute on September 13th and via Anti- Records in the U.S. on September 14th. Grinderman 2 was recorded in 2009 at London's RAK, State of The Ark and Assault and Battery studios. Co-produced by Grinderman and Nick Launay, the album was mixed by Launay at London's British Grove in August 2009 and LA's Seedy Underbelly in April 2010. Grinderman's twenty-date European tour will kick off at Nottingham's Rock City on 25th September. UK tickets go on sale from 9.00 AM on Friday 28th May and are available from www.seetickets.com or from the 24-hour booking line (Tel: 0871 2200 260).

All of those dates below...