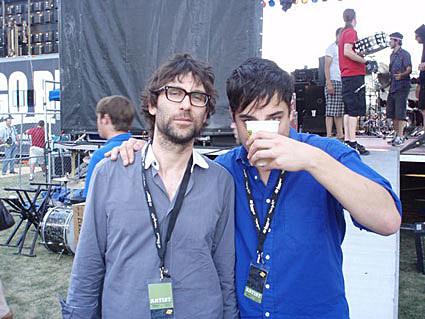 The September 24th "Wordless" Beirut show is right around the corner (not really wordless - just the name of the series), and word has just come in that - around a few more corners after that - Beirut's good friends Grizzly Bear will also be playing one of these Wordless shindigs...

Yes, Grizzly Bear have a lot of friends, so why not include some of them in their next album, and why not call that album "Friend"? And why not put a big picture of them all on the inside of the CD? In fact, why not put this picture? (click it for a much larger view): 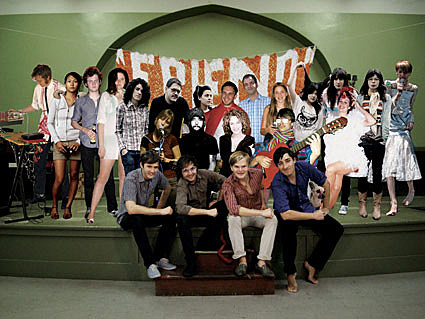 Atlas Sound = Bradford from Deerhunter - you can see him there in the photo in his dress. How many of the other people can you name? Own the picture when the album comes out ("November 5 in the UK/Europe and November 6 in North America via Warp Records").

Going to Austin for ACL this weekend? Stop by the Hot Freaks (BrooklynVegan and other bloggers) afterparty to see Grizzly Bear for free. Make sure you add your self to the waiting list (RSVP) though, and get there early. All tour dates (and some more friends) below..... 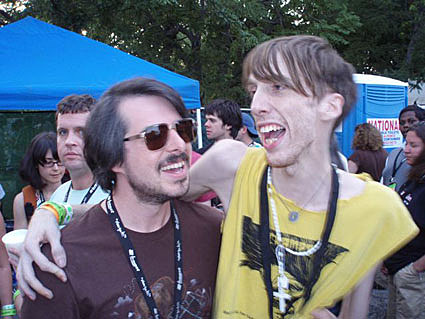 Friendly pictures via the Grizzly Bear blog (like the CSS/Klaxons one was).