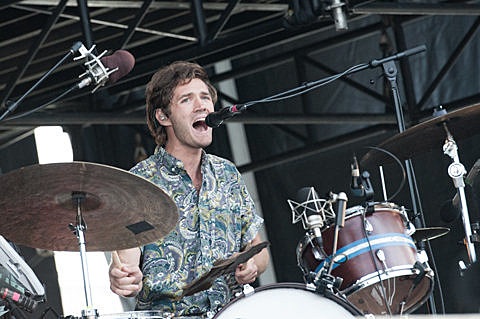 As discussed, the CBGB Music & Film Festival is returning from October 9 to 13 across various NYC venues. It's since been announced that like they did last year, they'll be doing a free concert in Times Square on October 12. The lineup for the show is Grizzly Bear, My Morning Jacket, Divine Fits, The Wallflowers, and a James Murphy DJ set.