ED IS THE COOLEST 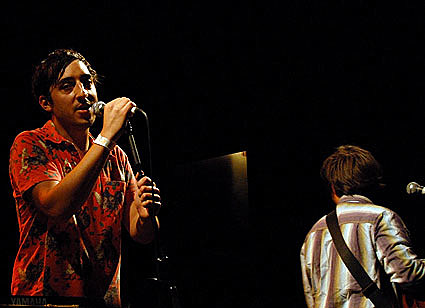 Tuesday nights suck because my radio show is on Sirius from 10-12. Luckily I can tape earlier in the evening though. So after taping my show from 7-9, and then seeing Rodrigo y Gabriela @ SOB's from 9-10:45 (review coming soon), I was able to get to Bowery Ballroom just in time for Grizzly Bear's 11:00 set. I was exhausted at that point, and the massive amounts of equipment the openers left on the Bowery Ballroom floor (not their fault, I know) left the room more crowded and harder to navigate than it needed to be . Eventually I settled in to a spot though, and the beautiful Beach Boys harmonies coming from the stage helped me relax and find my second wind. 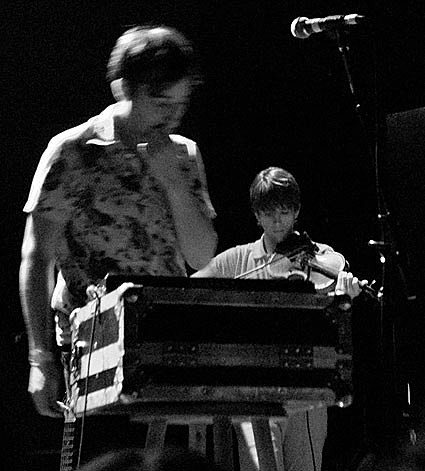 The nerd that I am, I nearly jumped for joy when Ed said that "Owen" (Final Fantasy) was joining them on stage for a song. Polaris Music Prize winner Owen played his violin and looped - no singing - no Maria Carey - just one song and then he was gone as fast he appeared. Coincidentally (I said I was a nerd) I played the Final Fantasy remix of Grizzly Bear's "Don't Ask" on my radio show that was broadcasting simultaneously with the concert. 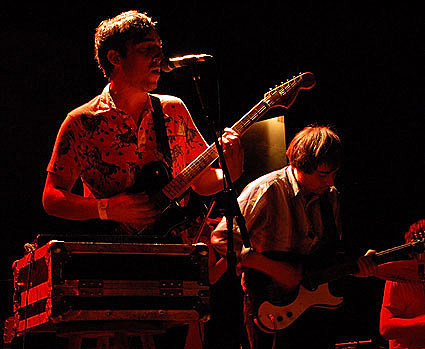 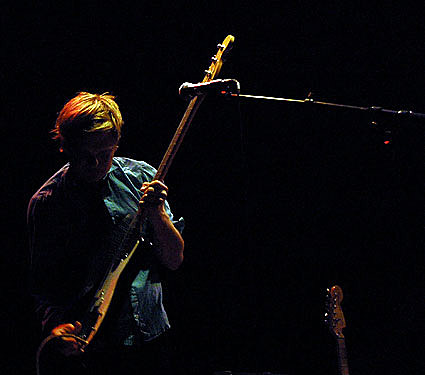 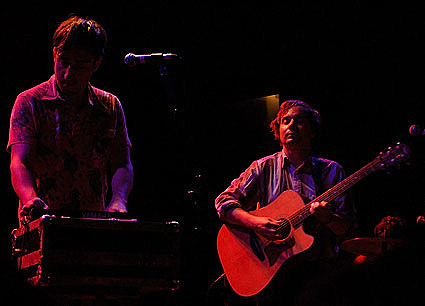 Grizzly Bear broke a bass string right before the last song. After quickly fixing the problem, they closed with On a Neck, On a Spit which the highlight of the show for me. I was hoping for an encore, but we got none. I wouldn't say there was a low point in the show, but someone I talked to wasn't particulary a fan of "Colorado". They played a rockin' new-new song too.

Go see Grizzly Bear, mostly with TV on the Radio.

And download the MP3s from their recent KEXP session.