Grizzly Bear on Governors Island in 2010 (more by Dominick Mastrangelo) 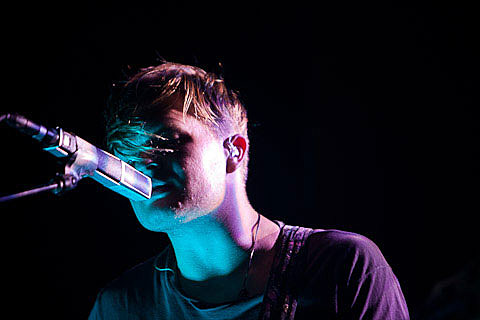 As mentioned, Grizzly Bear will release their new album, Shields, on September 18 via Warp. You've already heard the first single, "Sleeping Ute," and the band have just revealed a second taste of the album with the track, "Yet Again," which you can stream below. It's just as expansive sounding as "Sleeping Ute" and gives even more hope that Shields is shaping up to be one of the band's finest releases to date.

Grizzly Bear will perform the song on the Colbert Report this month as part of StePhest Colbchella RocktAugustfest, which tapes aboard the Intrepid aircraft carrier on August 10th (FREE and open to the public but tickets are required) and airs the following week.

As discussed, the band will also be supporting the new album with a tour which brings them to Radio City on September 24 for their largest headlining hometown show yet. Tickets for that show are still available.

Stream "Yet Again" below...