Grouper - 'The Man Who Died in His Boat' 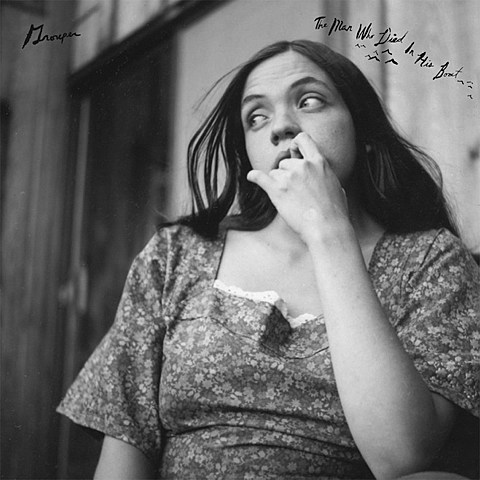 Back in February, Grouper, aka ambient/psych folk musician Liz Harris, returned with The Man Who Died in His Boat, an album of unreleased music from 2008. Though the material is "old," these aren't throwaway b-sides or anything, it really plays like a cohesive album. You can stream the track "Vital" from that album below and listen to the whole thing on Spotify. It was released simultaneously with a reissue of 2008's Dragging a Dead Deer Up a Hill.

Grouper has a few shows coming up this year, including a NYC show on June 2 at Le Poisson Rouge, where she'll be playing in the round. Tickets for that show go on LPR member pre-sale today (3/12) at 10 AM and general on-sale begins Wednesday (3/13) at 11 AM. All known dates are listed below.

In related news, The Bug (aka King Midas Sound member Kevin Maritn) has been talking for some time about recording a collaboration with Grouper, though music from those sessions has still yet to surface. The Bug is in Austin for SXSW this week, but after that, he'll also come to NYC for a show at Le Poisson Rouge on March 23. That show will feature Daddy Freddy and Miss Red, two singers working with The Bug on his same album/7" collection as Grouper whose collaborations actually have come out. You can stream "Can't Take This No More" with Daddy Freddy and "Goodbye" with Miss Red below. Tickets for The Bug's LPR show are on sale now.

All dates for Grouper and The Bug are listed, along with all song streams, below...