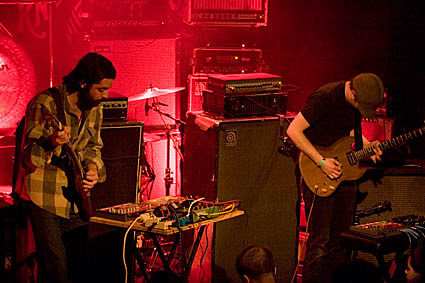 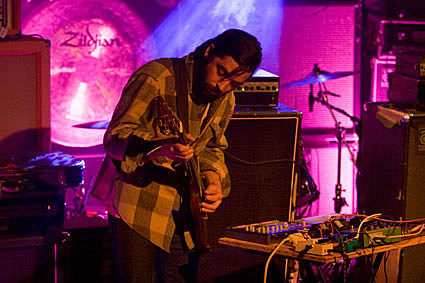 Growing is a drone music/ambient music band formed in Olympia, Washington, and now currently based in Brooklyn, New York. The group was founded in 2001 by Kevin Doria (electric bass guitar), Joe Denardo (electric guitar), and Zack Carlson (drums). Carslon left following their first album, and the band has continued as a duo since then. They play slow, instrumental rock with elements of noise and ambient music.

Their live shows are known for being very loud, playing straight through their set without break or pause; the bassist generally plays with his back to the audience, and the guitarist generally plays seated on a chair, much like members of kindred spirits Spacemen 3 did. They have released albums on labels such as Kranky, Animal Disguise, Archive, Megablade/Troubleman, and they are currently on The Social Registry.

As reported by The Social Registry, Growing have both a 7inch record and a full length schedule to debut at the end of 2007 and the beginning of 2008. [wikipedia] 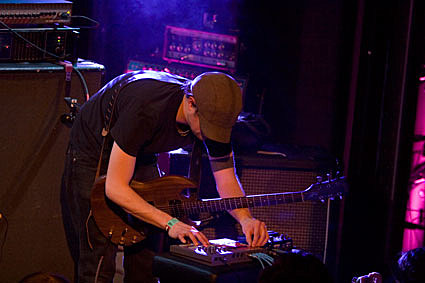