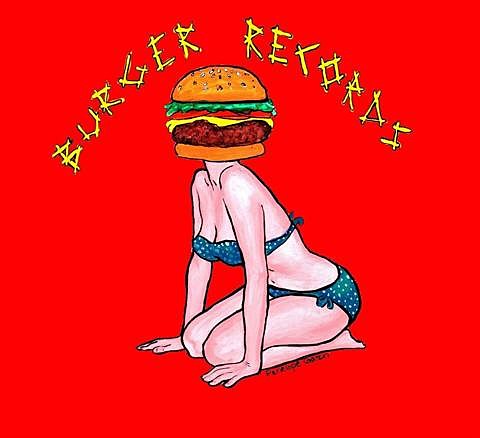 Fullerton, CA record store/label/way-of-life Burger Records, who has somewhat cornered the market on low-fi, nasally, tongue-in-cheek powerpop/punk/garage, has been hosting Burgerama fests in California for a few years. But now they're taking the show on the road with the Burgerama Caravan of All-Stars, featuring The Growlers, Cosmonauts, Gap Dream, and Pangea. That tour includes a stop in NYC on October 5 at Bowery Ballroom. Tickets for that show are on sale now and all dates are listed below.

Many of the groups named above are featured on the label's new cassette compilation, Taste of Burger Records, which has a whopping 57 tracks. You can stream the whole thing below.

Burger's next two releases both come out on July 23. One is Love is the Law, the new album from Portland's The Memories whose folky pop is not that far from The Beets. You can stream a track off that below. The other is The Life and Times of a Paperclip, from SoCal duo The Garden and their drum-and-bass setup will probably appeal to fans of The Intelligence. You can check out the video to "I'm A Woman" below.

Fliers for Burgerama Caravan of All-Stars and Burger Boogaloo, plus the list of tour dates and streams, below... 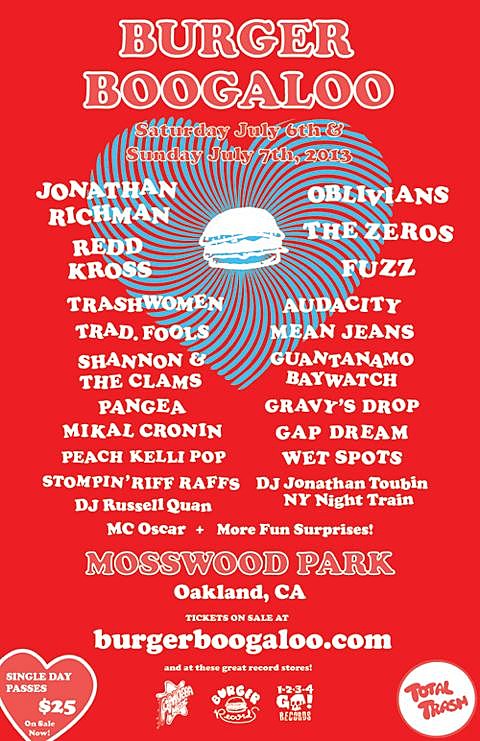 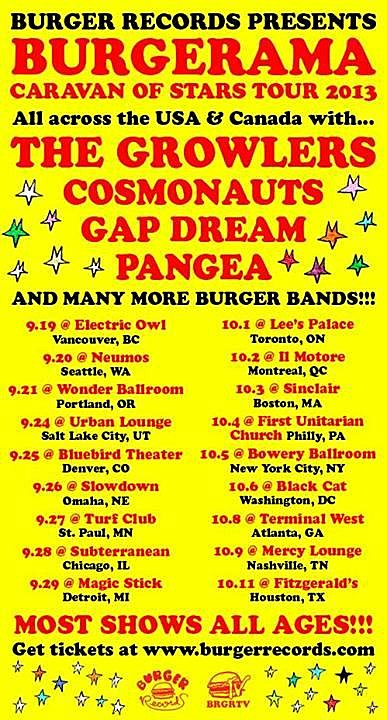