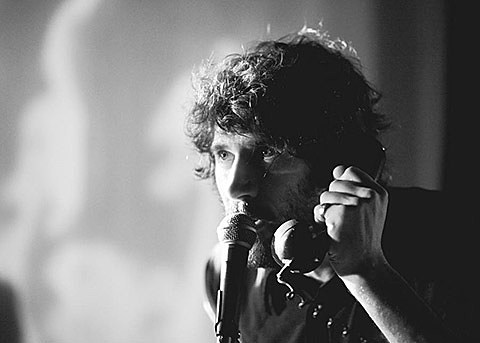 You may remember that Gruff Rhys's American Interior is coming out as an album, book, film and interactive mobile app in May. Gruff just released the title track to this multifaceted project and you can stream it below.

The film version of American Interior will make its U.S. debut at the SXSW with screenings, appropriately, during the film and music portion of the fest, and there's a panel discussion about it too if you've got a badge. SXSW screening dates and showtimes here and the film's trailer is below. Gruff will also be playing shows during SXSW too -- including the official Turnstile Showcase with Cate Le Bon and more -- , so look out for him if you're going to be in Austin that week.

Trailer for American Interior and the stream of its title track below...