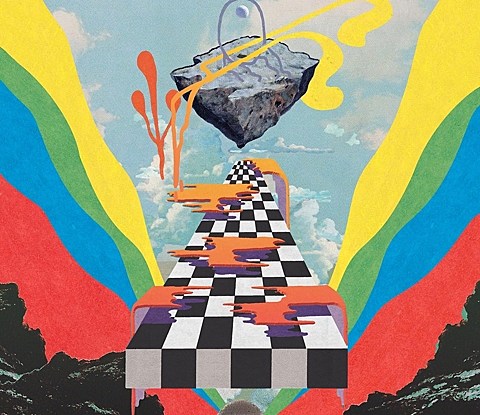 Guerilla Toss hail from the growing Massachusetts rock scene (Speedy Ortiz included them on their top Massachusetts albums of 2013), but while '90s indie rock is the main inspiration for most of those bands, Guerilla Toss are more interested in the dissonant sounds of noise rock and wacky art punk. Their newest album, Gay Disco, came out this past December via NNA Tapes (Blanche Blanche Blanche, Co La) and you can stream two of its tracks, "Pink Elephant" and "Trash Bed," below.

Guerilla Toss played NYC a few times last year, often with labelmates Blanche Blanche Blanche, and they've got a few upcoming shows with another NNA artist, Ryan Power, that brings them back to NYC this month. They'll play an album release show on January 30 at Silent Barn, and that bill also includes no wavers Sediment Club, Northern Spy-signed NYC avant-pop band Cloud Becomes Your Hand, Baltimore experimentalists Horse Lords, No Magic, Brat Pit and Jeremy Smoking (Justin from PC Worship). That show is $10 at the door. All dates are listed below.

Cloud Becomes Your Hand also have a bunch of other local dates coming up, before they head out on a longer North American tour with Guerilla Toss in March that kicks off in NYC on March 2 at Roulette and takes them to SXSW. All of those dates are listed, along with streams, below...