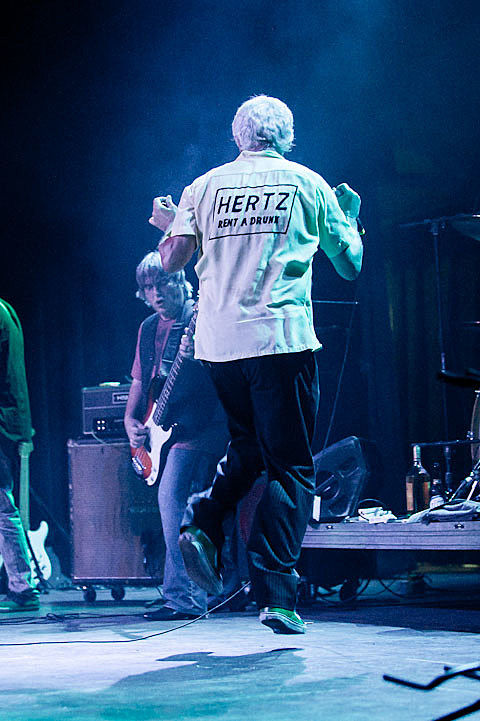 The legendarily prolific Guided By Voices have announced another album coming out this year, not to be confused with the 20 track Motivational Jumpsuit that was released on 2/18. "Recorded during the sub-freezing Polar Vortex of 2014, the next GbV record is titled Cool Planet" and it's out May 18/19 via Fire Records. Listen to the track "Bad Love Is Easy To Do" below where you'll also find the full 18 song tracklist.

To celebrate, the band (Robert Pollard - vocals, guitar; Tobin Sprout - guitar, vocals; Mitch Mitchell - guitar; Greg Demos - bass; Kevin March - drums) will head out on the road to play some intimate shows including NYC's Bowery Ballroom on 5/23. Tickets for that show which Doug Gillard (ex-GBV) and Atomic Forces are opening, go on sale Friday (3/7) at noon.

All known dates (three of them), the new song, and a 'Funny Or Die' video for "Planet Score" from their less new album, below...