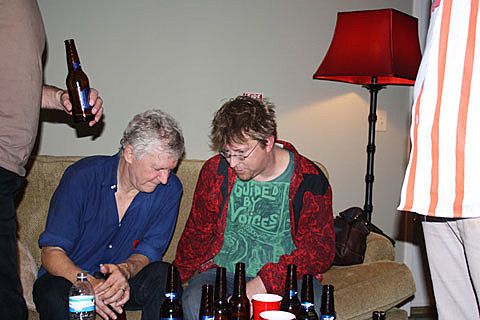 I can't tell you how many times I asked people "when is Guided by Voices going to add a 2nd NYC show?" "Not going to happen" they always responded. Well, from one point of view they were right. It still didn't get added to the tour they announced almost four months ago. That's the same tour that hit Matador 21 and includes a single, sold out, November 7th NYC show at Terminal 5 (which also happens to be the final date of the tour).

Check out the 40 song setlist Guided by Voices played in Atlanta this past Saturday night, below...