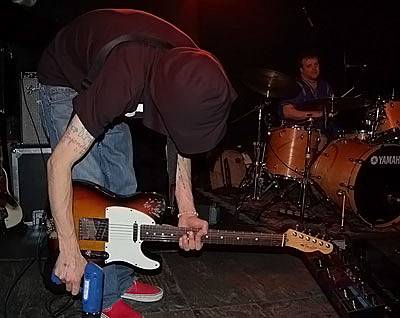 Guillemots played their first ever U.S. show at Mercury Lounge in NYC Monday night (March 13, 2006). Chris says, "The London foursome defy categorization. Ask any ten people who were there tonight to describe the band and you'll get 10 different interpretations." 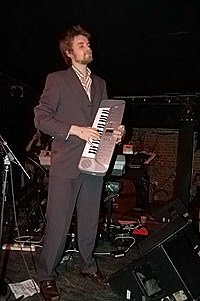 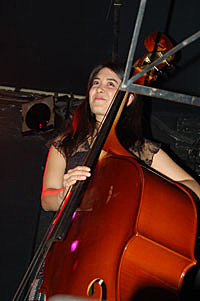 I've actually been listening to the new Guillemots EP a lot lately. My opinion of it flip-flops from bland Coldplay-Keane-like music to something much more interesting. Mostly I keep listening. On Friday I found out Pitchfork's been listening too. Guillemots get lots of blog love. 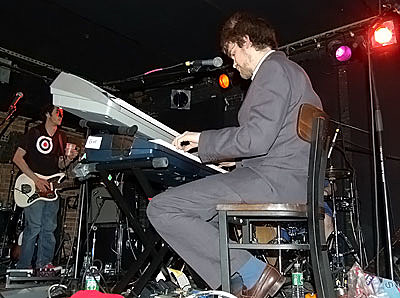 Wild, loud, erratic, experimental guitar playing (see drill-like thingee in the top picture) makes Gullemots stand out from the crowd. Mostly I loved the guitar noises. Someone I was with hated it. Someone I talked to REALLY LOVED it. Despite a few weak points here and there, the show was pretty tight. The singer stood up from the keyboards for one song (see middle-left picture). He sang a simple love song like he was serenading a girl from down below her window. It was cute, but maybe too long. I'd go see them again. In fact, maybe at SXSW...