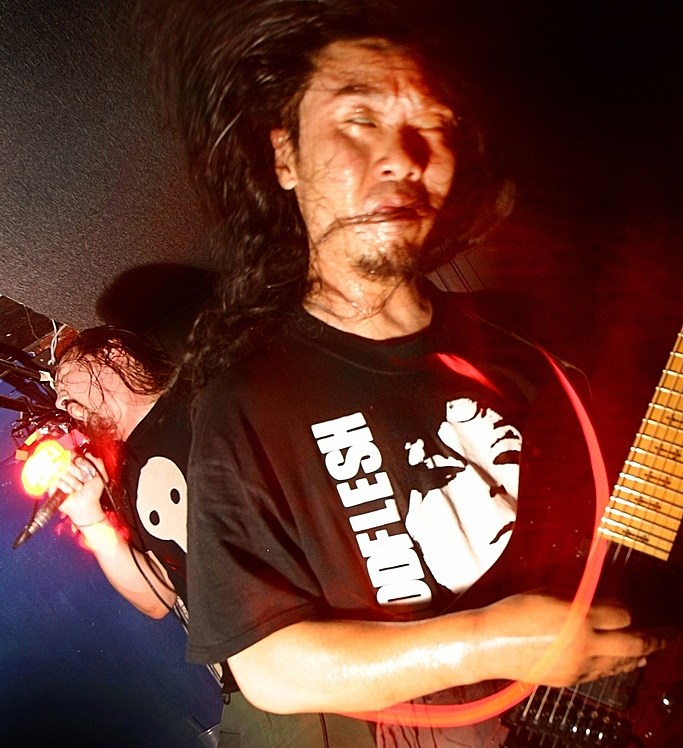 New Jersey prog-grinders Gridlink had already called it quits after releasing their masterful third album, Longhena, earlier this year. It now appears that they will not have the option to go back on their word. Vocalist Jon Chang posted the following message to Gridlink's Facebook earlier today; I initially hoped that it was an unusually harsh April Fools joke, but we've since received confirmation from the band's North American label that it's true:

It is with terrible sadness, that I must announce that Takafumi Matsubara is putting down his guitar and stepping away from music, likely forever. Approximately one month ago, Takafumi was hospitalized and doctors discovered he had a serious infection/inflammation in his brain. While the immediate danger has passed and Takafumi is out of the hospital, he has lost significant dexterity and control of his left hand, including the complete paralysis of his middle finger.

As of today, Takafumi has permanently stepped down as lead guitar from Corrupted and Mortalized. There is a small chance of recovery through physical rehabilitation and extended medical treatment, but Doctor's were not positive about his ability to play guitar again.

The Gridlink album "Longhena" will likely be his last work. He would like to extend his warmest regards to the artists that he was able to work with over the years and people he met through the band.

This is tragic news -- Matsubara is a genius-level musician, and I can't even imagine the kind of anguish that a player like him would experience as a result of such an injury. Our hearts go out to him, his family, and his bandmates. Here's to a speedy and complete recovery.