Santa Cruz hardcore greats Gulch revealed plans to break up after a final run of shows, and now that run includes NYC shows, which also happen to be the band's first NYC shows since releasing their excellent debut album Impenetrable Cerebral Fortress (one of our favorites of 2020) and their great split with Sunami.

The shows happen at Saint Vitus Bar on April 29 & 30 with King Nine, Pain of Truth, and All Due Respect on night one and The Fight, Combust, and Exhibition on night two. Tickets go on sale Wednesday (2/2) at noon with an Axe To Grind presale starting Tuesday (2/1) at 8 AM (listen to Tuesday's new episode of the Axe To Grind podcast for the password).

UPDATE: Gulch are also playing Philly's First Unitarian Church on May 1 with Field of Flames, End It, Molech, and Cutdown, and that's billed as "the (real) final East Coast show for Gulch."

Watch a recent live video below... 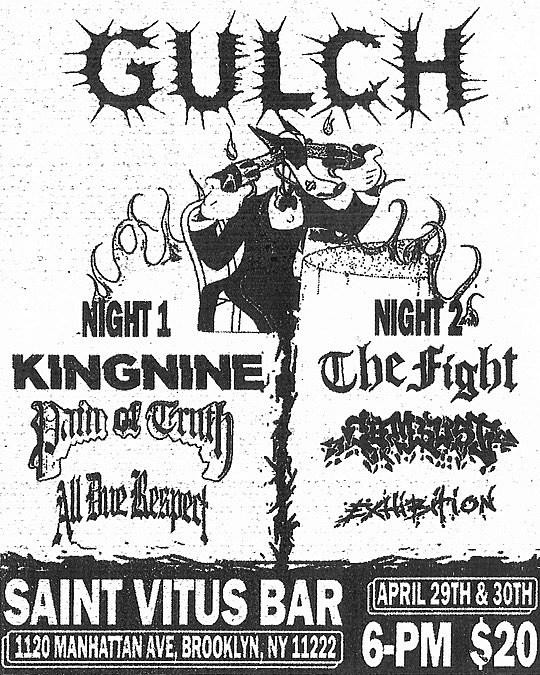