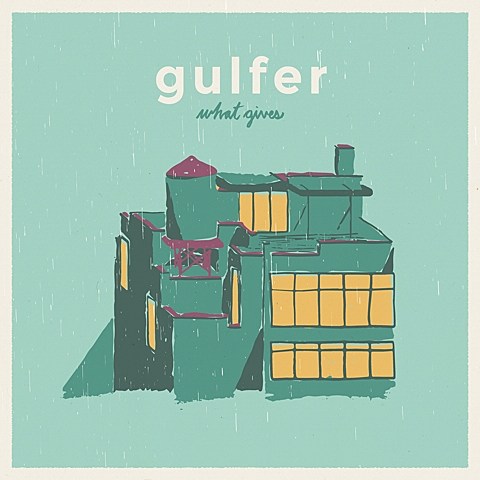 We recently wrote about Montreal's Gulfer when they released their split with Del Paxton on Topshelf, and now they're prepared to follow that with their first full length. It's called What Gives, is due June 30 via Texas Is Funny (pre-order), and the new single "Almost Sterling" premieres in this post. Like the two songs on that recent split, "Almost Sterling" has Gulfer worshipping at the throne of mathy '90s emo bands like Braid, Cap'n Jazz and American Football. They do the style well, as you can hear for yourself below.

Gulfer also have tour dates coming up, including a show in Brooklyn on July 5 at Cameo with local NYC bands Wild Pink, Vasudeva and Living Room. Tickets for that show aren't on sale yet, but should be via Ticketfly soon.