photo: LCD Soundsystem at MSG in 2011 (more by Dominick Mastrangelo) 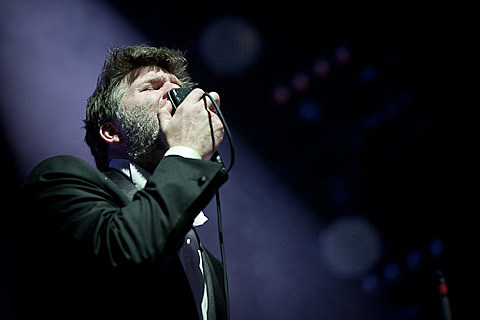 The holidays are over and we're fully back in action here at BrooklynVegan. We hope you're having a great new year so far, and in case you missed some of the big news that came over the past couple weeks, here's a roundup of some reminders:

LCD Soundsystem, following rumors they'd reunite, released a new song on Christmas Eve called "Christmas Will Break Your Heart" and word is they will play Coachella 2016.

Guns N' Roses will play Coachella too. Still no word on their exact lineup, but it's been reported that Axl and Slash will both be involved.

Another surprise song came on Christmas Day from Radiohead, who released "Spectre," an unreleased theme they had written for the James Bond movie of the same name. (As you probably know, Sam Smith's theme was used instead.)

Last year we got a new track from Kanye West on New Year's Day, and this time we got one on New Year's Eve called "Facts." It's more a freestyle that riffs on Drake & Future's "Jumpman" than a big new Kanye song (and Future collaborators Metro Boomin & Southside produced it), but it's new Kanye nonetheless. Listen here. 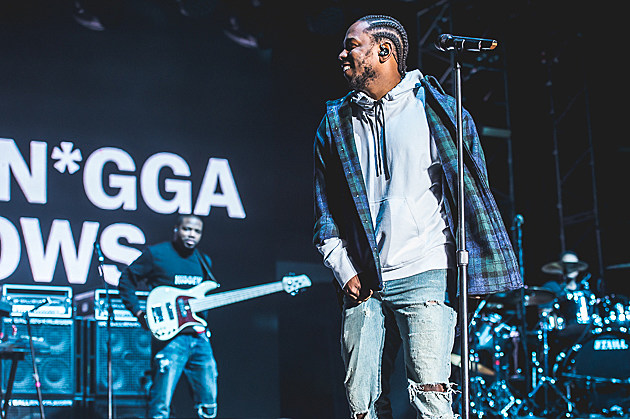 As of Christmas Eve, The Beatles began streaming their entire discography on streaming services.

We also got a new song from Aphex Twin, a surprise EP from Krallice (following their surprise album from July), an unreleased Grimes song ("probably pre-Halifaxa"), three new songs from The Weeknd (a Travi$ Scott collab, a Future collab, and a remix of Jeremih's "Pass Dat"), a song on New Year's Eve from Big Sean called "What A Year" ft. Pharrell & Detail, a Christmas song from Miley Cyrus & The Flaming Lips, a stream of the new Hinds album (which they celebrate in NYC this week), and a new Timbaland mixtape. Listen to that one here and the rest below.

In sadder news, we lost rock god Lemmy Kilmister and John Bradbury of ska legends The Specials. We miss you both.