Oderus Urungus and his new girlfriend 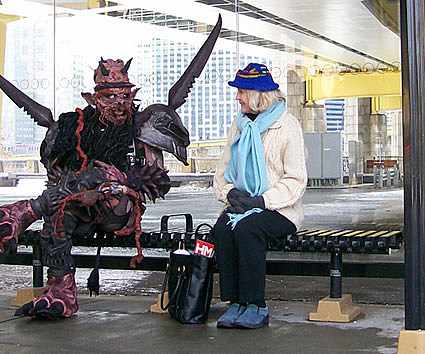 Oderus Urungus and GWAR have announced five new dates with Kingdom of Sorrow (Jamey Jasta of Hatebreed and Kirk Windstein of Crowbar) and Toxic Holocaust, one of which is at Irving Plaza on 10/8 (on sale here 8/8 at 10AM) and another at Northern Lights in Clifton Park on 10/14 (on sale here 8/16 at 10AM). Swing down low for the tour schedule so far.

Toxic Holocaust have a new Jack Endino-produced album on the way (two songs are streaming at myspace), and recently opened for At The Gates.

Crowbar recently announced plans for a new album and will play alongside Eyehategod. Dates below...