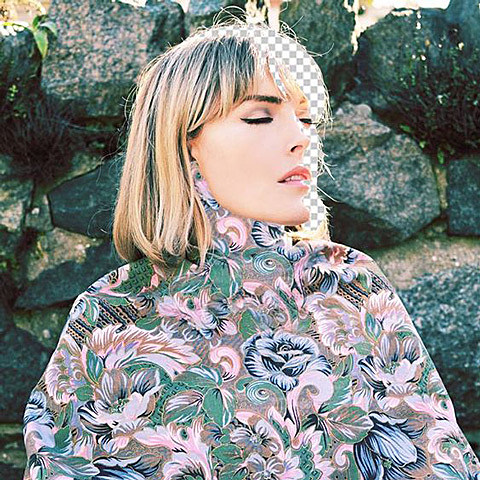 You may remember Gwenno Saunders from kitschy UK group The Pipettes. Having gone solo under her first name, Gwenno released her debut album, Y DYDD OLAF, on small Welsh label Peski last year. Entirely free of retro girl group sounds, the album (it's title means "The Last Day" in Welsh) is a concept album inspired by an obscure 1970s Welsh language sci-fi novel, in the form of lush, earthy synthpop with serious prog and krautrock influences. It's also entirely sung in Welsh but is warm and inviting, musically. It's a very good record which will likely reach a larger audience when it's reissued by Heavenly Heavenly Recordings on Friday, July 24.

The reissue comes with a bonus disc of outtakes and remixes by the likes of Andrew Weatherall and TOY (whose singer Tom Dougall is brother of Ex-Pipettes member Rose Elinor Dougall). Check out single "Patriarchaeth" and the video for "Chwyldro" below.

Meanwhile, Gwenno's sister and Pipettes bandmate Ani (who was also in Genie Queen and The Lovely Wars) now goes by the name Ani Glass and just released her double-A-side debut single this week. It's also (mostly) in Welsh but, musically, dips into modern R&B pop on "Ffôl" and goes for Giorgio Moroder-ish arpeggiated disco on "The LIttle Things." You can stream it below...