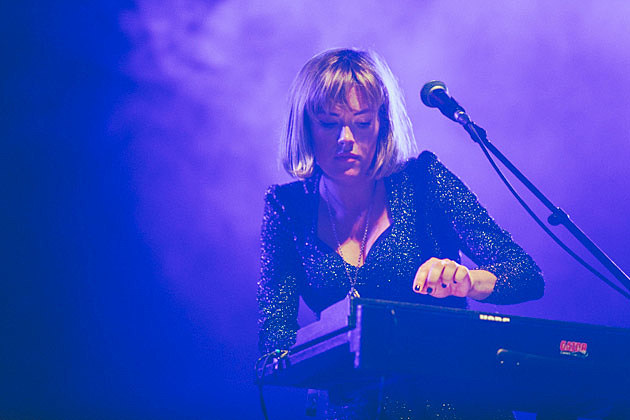 Onetime Pipette member Gwenno's solo debut, Y Dydd Olaf, was one of 2015's most underrated albums. (Technically it was one of 2014's most underrated albums too, almost no one heard its original small-press release.) With its warm, analog synthesizer tones, krauty rhythms, otherworldly melodies, and her breathy vocals, it's a record I come back to often. If you haven't checked it out you can stream it via Spotify below. Tim Gane (Cavern of Anti-Matter, Stereolab) has remixed the album's "Fratolish Hiang Perpeshki," turning it from a dark synthpop number into something closer to baroque psych. Harps are involved. That remix premieres in this post and you can stream it below.

Gwenno will be in the U.S. for both SXSW and Moogfest and she's just announced a few East Coast dates leading up to Moogfest, including a stop at Brooklyn's Rough Trade on May 18. Tickets will be on sale soon.

All dates are listed, along with the Tim Gane remix and album stream, below...