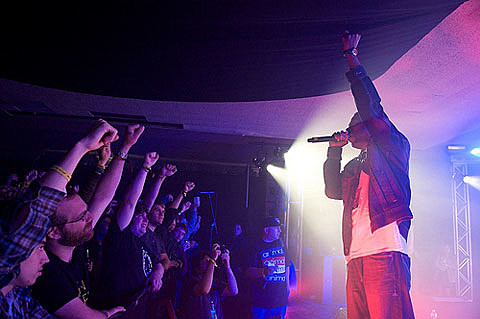 I already ran through some of the upcoming hip hop shows, many of them for CMJ (Ghostface, Audible Treats, Blacksmith & Duck Down included). Here are some more.

GZA will headline the Frankradio x Babygrande x iHipHop Distribution CMJ Showcase at Le Poisson Rouge alongside appearances from DJ Premier, Tabi Bonney, Trademark da Skydiver, Marz Lovejoy , Polyester the Saint, Lavish, Rocky Business, Christian Rich and as well as DJ Jasmine Solano. The show, which goes down Thursday 10/21 kicks off at 11PM and tickets are on sale (or use your CMJ badge).

Meanwhile, DJ Premier recently released a classic freestyle from the Stretch & Bobbito Show which features 10 minutes of Big L and Jay-Z. If you are a fan of either, it's a must (stream/DL it below). Listen closely though, as you can hear Jay-Z scheming to steal the line "all I got for chicks is hard dick & bubblegum" for his song "A Million & One Questions" (which came out two years after this freestyle).

Speaking of the late/great Big L, Return of the Devil's Son is the posthumous MC's new album which will feature "21 unreleased songs" and see release on 11/23 via Distrolord/SMC Recordings. Check out a reworking of the Big L classic "Danger Zone" called "Zone of Danger" stream/downloadable below courtesy RCRD LBL. Full tracklisting is below too.

And last but certainly not least, Knitting Factory will host the return of Leaders Of The New School on 12/23 with Son of Bazerk (who recently came back at Central Park), and DJ sets from Johnny Juice (Public Enemy) and J-Zone. Tickets are on sale. For the unaware, LONS was Busta Rhymes' first project before going solo with the monster hit "Woo Hah!! Got You All in Check". LONS also is featured in the A Tribe Called Quest classic "Scenario".

UPDATE: grandgood reports that: "ccording to DJ Johnny Juice, Busta Rhymes is not part of this show. Only Dinco D, Charlie Brown and Cut Monitor Milo will be performing along with Son Of Bazerk. Still sounds like a dope show."

Those Big L tracks, the LP tracklisting and a bunch of videos are below. Big L, Rest in Peace! 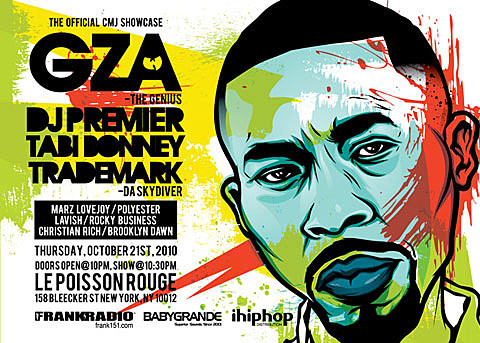 Leaders Of The New School - Case Of The P.T.A. (Video)

A Tribe Called Quest & Leaders Of The New School - Scenario