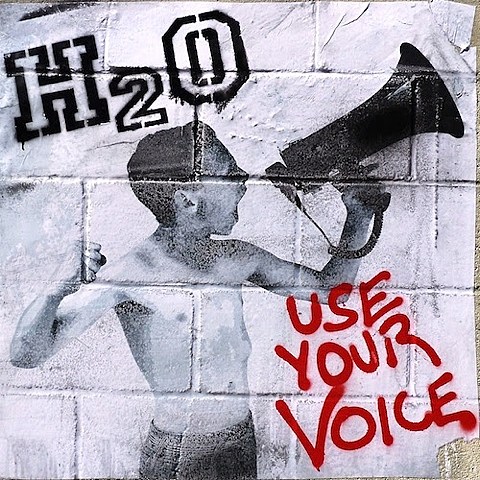 H2O are already set to open some Rancid shows, including two at NYC's Terminal 5, and they since added a headlining run with Angel Du$t and Give.

That run hits NYC on November 22 at Santos Party House, and also includes shows in Poughkeepsie, Connecticut, New Jersey and more. Tickets for the Santos show will be on sale soon. Their 9/18 show with Rancid is sold out, but tickets for 9/17 are still available. Updated dates are listed below.

H2O will have a new album out by the time of the headlining run. It's called Use Your Voice and is due October 9 via Bridge 9. It was recorded by Chad Gilbert (of New Found Glory, Shai Hulud) and Paul Miner (of Death by Stereo), and going by the two singles it sounds like they're staying true to the melodic hardcore formula of their early records. Check out the title track and the video for "Skate!" (featuring skateboarder Steve Caballero) below.

Speaking of Rancid, we just caught them playing ...And Out Come the Wolves in full.