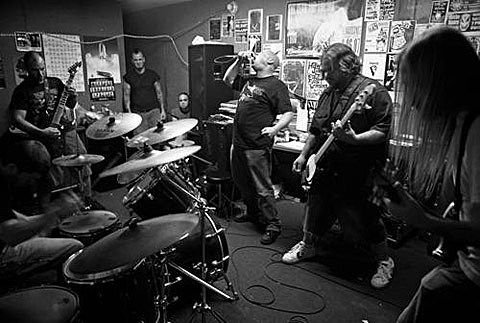 Life in the lowlands of Louisiana lends itself to doom and darkness. Katrina and its aftermath aside, the area is rich with tall tales of swampland legend, gothic architecture, and creole voodoo. It's the blackened undercurrent sitting below what we know as "Southern Hospitality" that has given way to lords of the riff like Crowbar, Eyehategod & its many impressive affiliates (Hawg Jaw, Soilent Green, Outlaw Order, etc ,etc), and more recently, new killers like the independent-as-fuck Thou.

Another Louisiana band emblematic of that same affliction is New Orleans' Haarp, who is preparing to release their debut LP The Filth via Housecore Records on November 23rd. In addition to releasing the LP on his own imprint, Phil Anselmo of Pantera/Down/Arson Anthem fame is responsible for the production on the LP as well, adding a balance of cleanliness to the, ahem, filth that oozes from this band's dirge and destruction steelo. Encompassing elements of black metal, crust, sludge and doom, with death metal vocals, Haarp is a(n un) welcome addition to an already esteemed family of ne'erdowells. Dig on "A New Reign", available for streaming below along with the second track, "All Alone".

Haarp has a few regional dates scheduled, but so far nothing resembling a tactical East Coast (or West Coast, for that matter) assault. Until then, check out the Paul Booth cover art for The Filth, stream those two LP tracks, and check out some video of the band in action, below... 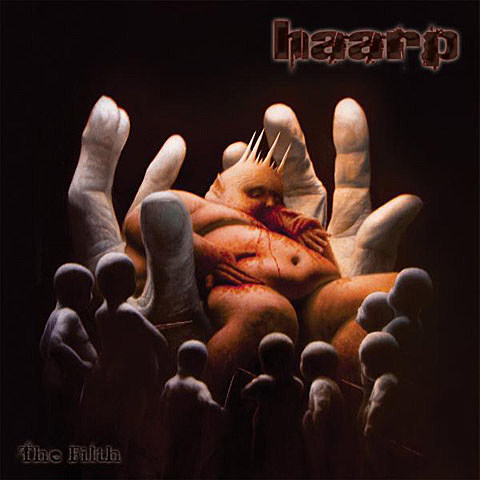