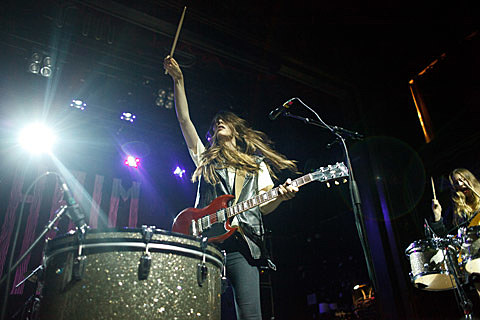 Like it or lump it, Haim are definitely one of 2013's success stories, with their debut album Days Are Gone a critical hit and the band were faves on this summer's festival circuit. This weekend they'll perform on Saturday Night Live which is hosted by Hunger Games star Josh Hutcherson.

Having spent most of this year on the road -- most recently in NYC at Webster Hall -- the band will be back in spring 2014 for their biggest headlining tour yet. That tour includes a stop in NYC at Terminal 5 on May 10. Tickets to that show go on sale Friday (11/22) at noon.