Haim (with Palma Violets) on the cover of this week's NME 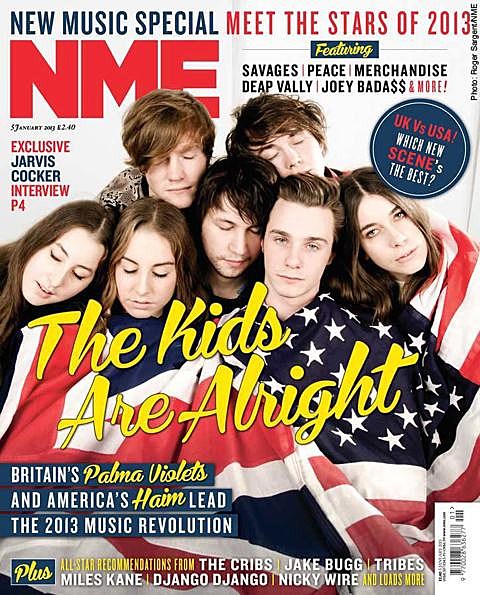 Meanwhile, Haim, who played a headlining Brooklyn show in December, have a few tour dates opening for Mumford & Sons, including two shows at Camden, NJ's Susquehanna Bank Center on February 16 and 17 (both are sold-out), and their second of two Barclays Center shows (2/12) (also sold out). Dates are listed below, along with that video.