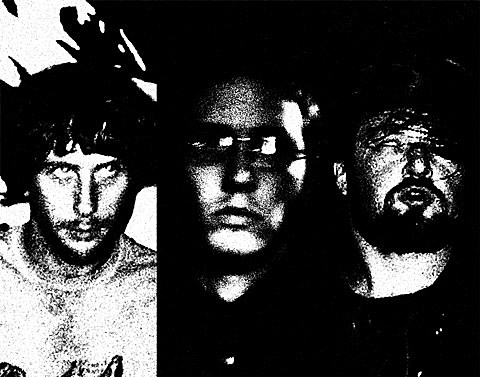 Though tickets are still available for Wolf Eyes' appearance at Saint Vitus on Saturday (7/6), the Motor City noise gang aren't hesitating at releasing details on their next NYC appearance. Wolf Eyes have announced an August 24 date at Issue Project Room with support TBA. Tickets are on sale.

Wolf Eyes recently released their new LP No Answer: Lower Floors via De Stijl, and played at Chaos in Tejas. Look for the band to join Pharmakon at Pitchfork this year.

In related news, Pharmakon will join another noise band, Hair Police, as part of a show at 285 Kent on July 12, which is a Sacred Bones event. Tickets for the show, which also features appearances from Alberich and Hollow Seed, are still available. Hair Police will ALSO perform at Issue Project Room the next day (7/13) with Chris Goudreau, White Suns, Guerilla Toss and Bob Bellerue + Tamio Shiraishi. It's an all-day affiair (3 PM - 8 p PM) and tickets for that are still available too. The shows are in celebration of the band's new LP Mercurial Rites, out now and streaming in full below.

Last but not least, if you can't wait until July 12 to get your Alberich fix, head out to Nothing Changes at Home Sweet Home Wednesday night (7/3). The noise artist will join Lussuria as part of the weekly late-night party. DJ sets from Ning Nong & Tamaryn help sweeten the deal.

Stream that Hair Police LP below.