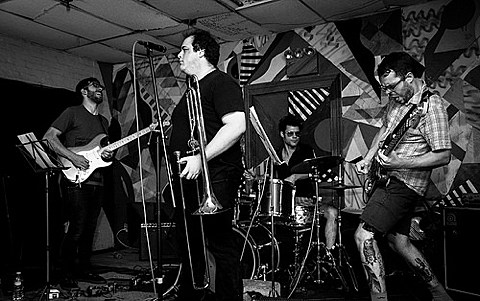 Last year, Many Arms' Nick Millevoi and Hyrrokkin's Edward Ricart folded together the experimental fringes of out-there jazz and rock as the Ricart/Millevoi Quartet. Haitian Rail, the resulting date with Travis Laplante on tenor sax and Ches Smith on drums, was equal parts avant-garde jazz soundbomb, bruising noise rock, and spiderweb-intricate prog. The varied timbres made for quite a palette. Ricart's bass lines busily fluttered and were caked with AmRep grime. Millevoi played like an attacking chessmaster, tossing out chameleonesque scales and runs that challenged the rest of the band to react. The rest of the band were up to the task. A record like Haitian Rail lives and dies by the interplay between its builders. Haitian Rail thrived.

Fast forward a year and another Ricart/Millevoi album is on the way. This one is called Solarists, out on July 22 through New Atlantis Records. There are some changes. Most notably, the quartet have shifted operations under a familiar sobriquet, Haitian Rail. Plus, there are some new friends within in the ranks. Trombonist Dan Blacksberg (Deveykus) takes over Laplante's counter-melody duties and drummer Kevin Shea (Most Other People Do the Killing) assumes Smith's stool. And, jeeze, if "Trembler" and Solarists' cover art is any indication, things are getting dark.

"Trembler" cuts right to the chase. Shea and Ricart weave in, out, and around each other by way of blink-and-you'll-miss-them rhythms. They're like two bikers lane-splitting during a traffic jam. Ricart, in particular, seems intent on exhausting notebook after notebook of riffs and song ideas. So, with the space eaten up by the rhythm section, Millevoi and Blacksberg hang back. Millevoi again covers a lot of miles with his tone. He starts out swishing around a Duane Denison twang and then spits corrosive skronks upon whatever Shea and Ricart are constructing. Blacksberg, on the other hand, mops things up with comparatively melodic legato sweeps, also adding in percussive periods and commas when required. Suddenly, Shea takes over with a drum solo that is both athletic and cerebral. It sounds like someone dropped an ant farm on his kit and he's trying to quickly eradicate the scourge, yet he plays with so much balance. His logical calculations catch on and the entire band finally comes together, ending with a spiky arrangement that could be a caffeinated read of Eric Dolphy's "Gazzelloni."

Or, in other words, holy crap.

"Trembler" is the opening song on Haitian Rail's Solarists, available July 22 on New Atlantis Records (preorder). It makes its premiere in this post and can be streamed below.

Nick Millevoi will also be out on tour with Many Arms soon, including a NYC show Thursday (6/5) at Saint Vitus with Dysrhythmia and Mick Barr/Marc Edwards (tickets). Speaking of Dysrhythmia, they'll be on a bill featuring Oneida and Beach Creeps at Glasslands Gallery on July 17 (tickets). And the always-working Mick Barr has a number of engagements upcoming, including solo sets and collaborations with Mike Pride. All of those are listed below.

Stream "Trembler," along with the Solarists cover art, tracklisting, and list of dates, below... 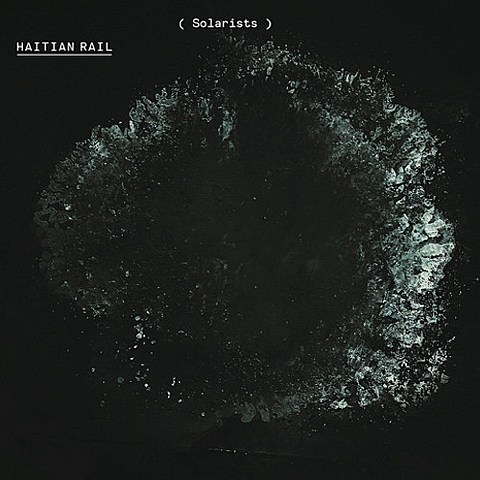