Orange County ska-pop-punks Half Past Two have announced a new full-length album due in summer 2021, and the first single will be "Shine," which the band released an acoustic version of last year and then contributed the full-band version to the Ska Against Racism compilation earlier this year. As frontwoman Tara Hahn explains, it's a powerful song with a lot of personal significance to Tara and her family:

"Shine” is very personal and writing and releasing it has been cathartic. I penned it at the time my family found out that our daughter has Spinal Muscular Atrophy (SMA), a neuromuscular disease. I didn’t write the words to share, but my bandmates really encouraged me to evolve the song, and we raised some awareness for SMA when we released it acoustic. But we thought it was pretty powerful and wanted it to be an energetic and exciting Half Past Two song like we're known for. Then the opportunity came; “Shine” belonged on Ska Against Racism because it’s about our responsibility to the future. Releasing it in this way, with a passionate feeling and full band for SAR is still very uplifting, and I’d just like people to rally for that if they can.

"Shine" officially drops on Friday, November 13. You can pre-save it now or get it (along with 27 other great songs) for $1 or more by purchasing Ska Against Racism, which benefits The Movement for Black Lives, The NAACP Legal Defense Fund, The Alpha Institute, The Conscious Kid, and Black Girls Code. Learn more about SMA at CureSMA.org.

Earlier this year, Half Past Two released the Something Blue EP (including a ska cover of The Beatles' "I Will"), and they've done a handful of quarantine performance videos, including one with members of Bite Me Bambi, Catbite, Skatune Network/JER, and Mustard Plug covering Dance Hall Crashers' "Lost Again." Check that out below while you wait for more on the new album.

We also spoke to Tara for our recent feature on the current ska scene, and you can read our full Q&A with her below.

How did you first get into ska, and what made you fall in love with it?

I was about 13 years old when my aunt started taking me to ska shows, she was probably 17 at the time. I grew up in Orange County and in the late '90s, a lot of people were into the genre so it was pretty easy to see the appeal of this upbeat, loud music, especially when you got to a live show. And it seemed like everyone was in a ska band in my town. I was a young, shy kid, and in the ska scene you could blend in or you could stand out, but you also didn’t need to be cool, if that makes sense. That really appealed to me, just a place I could kind of figure out stuff about myself without people questioning it.

What is it about ska that you think gets such a bad rap?

A lot of people blame the “goofiness of the third wave/'90s ska” on its downfall, but I cannot go there because that is what drew me to ska in the first place. I learned after that it’s much more than upstrokes or hornlines, a lot of ska comes with a message, especially the 2 Tone my dad used to put on for me. But the public’s taste changes, not much anyone can do about that… It became fun to make ska the joke and, while it’s tired, that never changed; everyone is in on the joke, even us that really love ska!

What was it like starting up a ska band in an era where the genre is presumed "dead" by many, and how have you seen the current ska scene grow and change in the years since you formed?

We’ve actually been a ska band for a very long time, as far as ska bands go! But it was considered dead when we started back in 2006, too. Honestly, it barely had a pulse back then, but they were different times; social media was not what it is today, we still had to hand out fliers to invite friends to shows. I can say for certain that the ska scene today is popping. It’s so easy for bands and fans from everywhere to connect with one another and that’s made all of the difference; it gives us energy to continue making music, it makes us excited to keep participating in the genre and the scene.

Besides your own band, who are some other current/newer ska bands that you recommend?

All of the ska bands on [Ska Against Racism] are top notch and I love and care about them all, so outstanding ska bands not on the compilation: Hooray for Our Side, The Re-Adjusters, Millington, The Meddlers, Gabriela Penka, South Central Skankers, Holophonics, and The Anchorage.

Obviously the music world is taking a big hit at the moment and it's not easy to see the future right now, but where do you see ska going from here?

I think it’s only up from here, because music in general is at kind of a low point. No one is playing for crowds or traveling around, but a lot of us are still doing what we can, like writing and recording, putting together sets for live streamed shows, collaborating with one another, championing causes, putting out insane compilations, haha. Look, everything stopped and some of us have not rested, we reassessed and kept going! There’s momentum and a lot of purpose right now, that’s going to become something really transformative and beautiful.

Anything else you'd like to add on this topic that I didn't ask about?

There is a refreshing amount of female representation on [Ska Against Racism], whether they’re fronting or contributing vocals, or they are instrumentalists, or both! I just thought that was really cool. Doesn’t happen a lot. 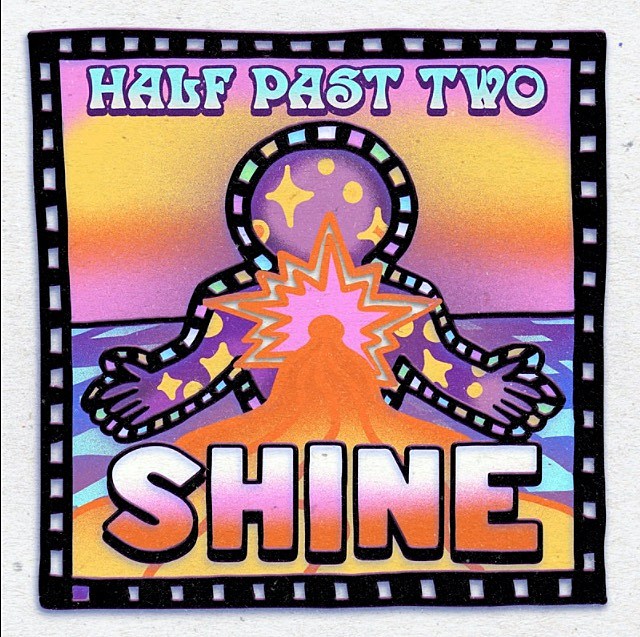