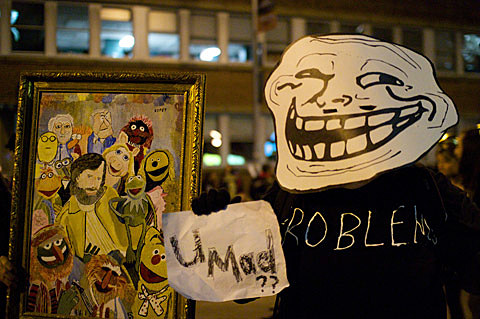 Mayor Michael Bloomberg said Tuesday evening that the annual Village Halloween Parade will be postponed from Wednesday due to the ongoing effects of Monday's storm.

It was announced earlier in the day that the parade, now in its 39th year, would be canceled. However, Bloomberg's statement raised the possibility that the parade would be moved to next week.

"Unfortunately we just cannot spare the manpower from the NYPD and other city agencies to host the annual Greenwich Village Halloween Parade, so we are postponing it to a later date sometime next week," the mayor said. "We'll work tomorrow and figure out what date makes sense given the resources the city has."

The parade route goes through the West Village and Chelsea, two neighborhoods that are largely without power due to Monday's massive storm.

So far, the 2012 New York City Marathon, scheduled for this Sunday, is still going on as planned.

The parade's official website still just says "cancelled", but you can see what the mayor said above. Stay tuned for updates.