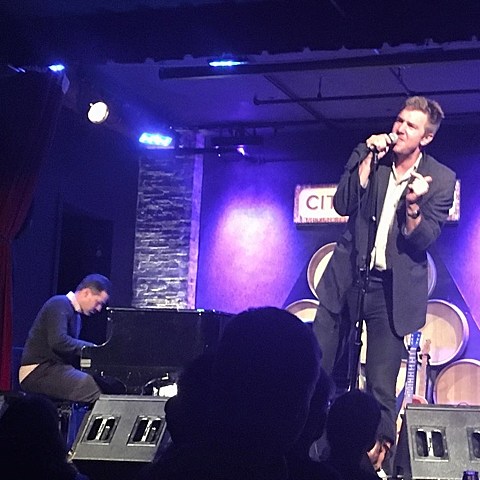 The Walkmen frontman Hamilton Leithauser just played a hometown NYC show earlier this week for KEXP at City Winery with Kevin Devine, Joseph Arthur and Soren Juul (anyone catch it?), and he's got more coming up.

One is a free in-store at Rough Trade on November 18. It's an all ages show on the earlier side (6:30 PM doors, 7 PM start) and no wristband or anything is required. More info here. The other is a not-free show on December 11 at Baby's All Right. Tickets for that one are on sale now. No other dates announced at the moment.

Hamilton recently contributed a cover of "To Susan On The West Coast Waiting" to the new Donovan tribute album. Listen below.