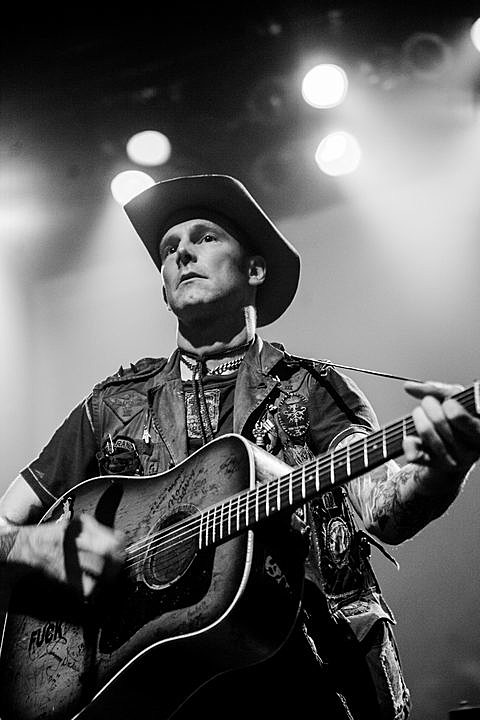 Hillbillies and hillbetties sure were "tore up and loud" on Tuesday (6/17) night at Gramercy Theatre, where Hank Williams III made a New York City appearance on his current tour and a four-hour set ensued. The badass Kid Rock wishes he could be, Hank kicked things off with country tracks that stayed true to his rebellious tendencies but also prominently featured fiddle, banjo and stand-up bass licks that would make the famous patriarchs of his family proud.

Things slowly took a heavier turn as the stand-up bass player started to contribute screaming, growling voices to tracks like "P.F.F. (Punch Fight Fuck)" and "Dick in Dixie" before Hank decided to ditch his cowboy hat altogether and break into a 30 min set of straight-up punk. Suddenly, large men in the audience seemed to be losing their shirts - was I at a Fucked Up show, or had the three Brooklyn Lager tall boys I had just plain ol' fucked me up?

As the night came to a close, Hank changed into all black, his hair came out of its braid and instead hung long around his face. Then a projector careened down behind him, anti-establishment images filled the screen, and doom metal began to emit from his guitar as he broke into songs from Assjack, his punk/metal album from 2009. As if that didn't get weird enough, it all finally closed down with tracks from 3 Bar Ranch, a speed metal album featuring cattle calls. With barely a five minute break between sets and an overall show that went on for four hours, I don't quite now how Hank III does it - but I'm really, really glad he does.

Pictures of the show are in this post. More, with a video, below... 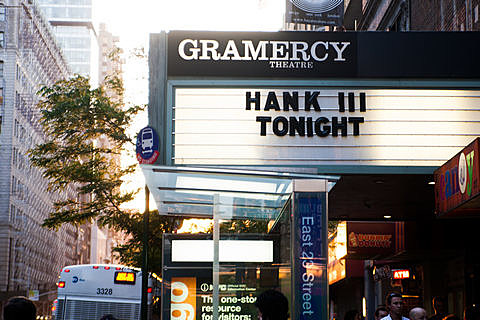 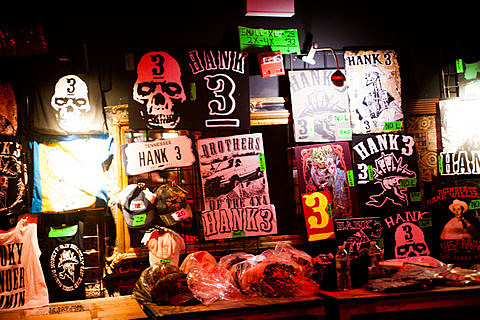 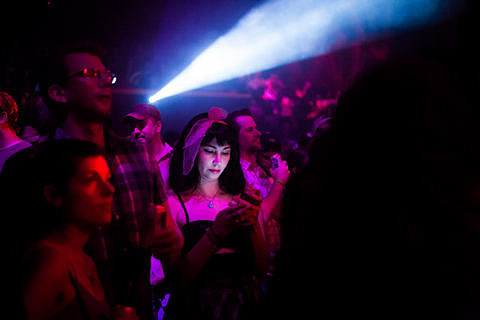 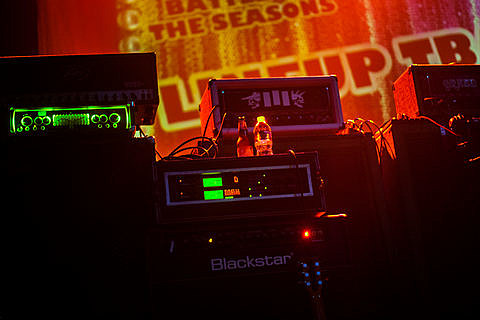 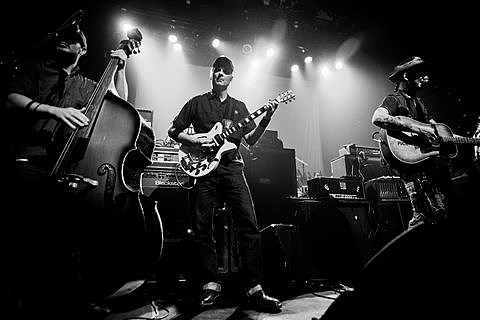 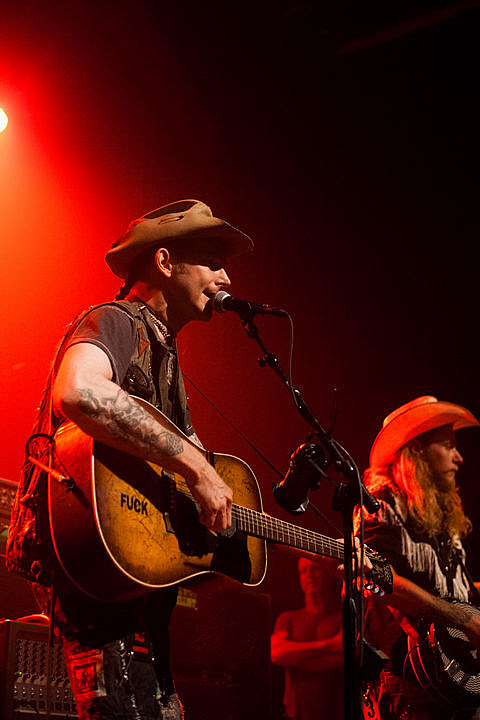 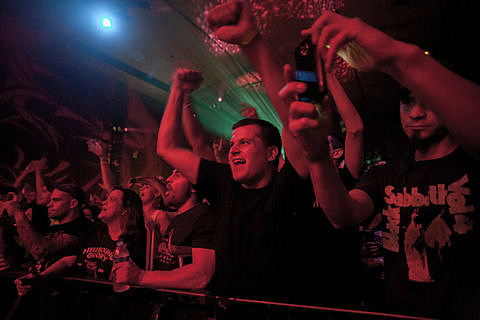 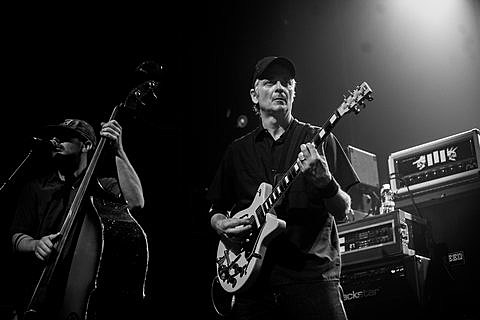 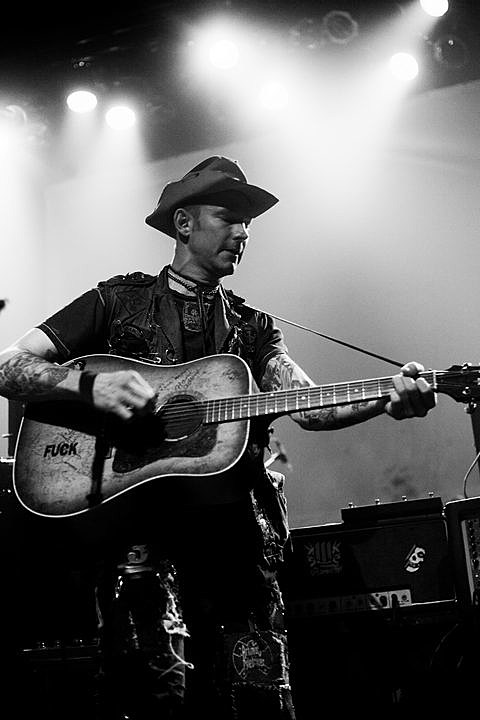 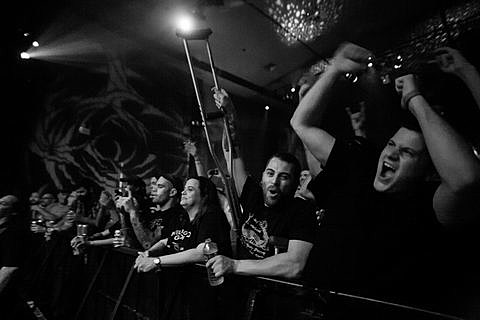 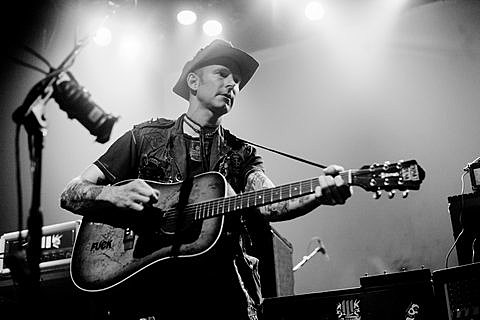 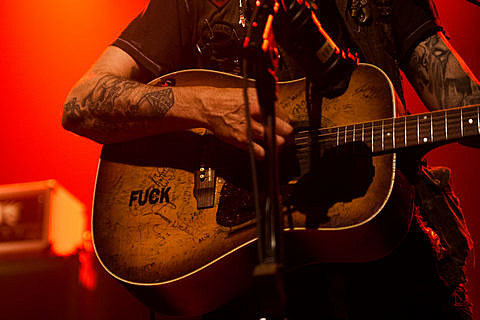 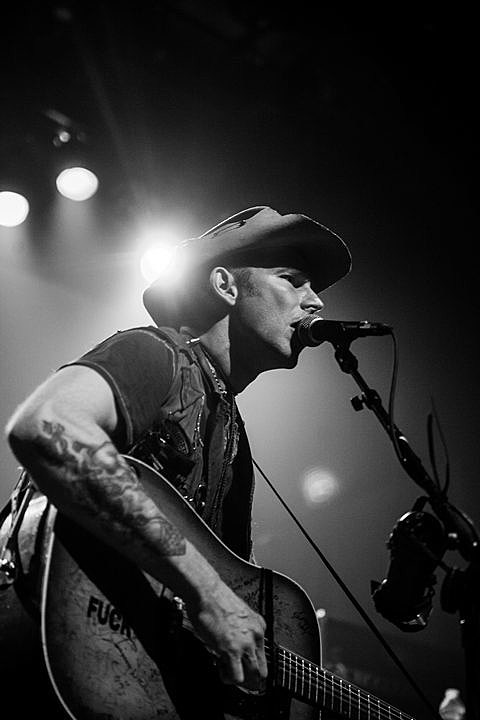 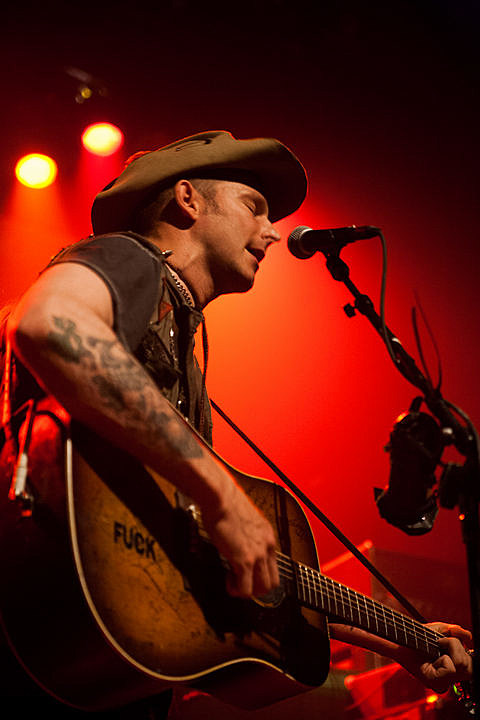 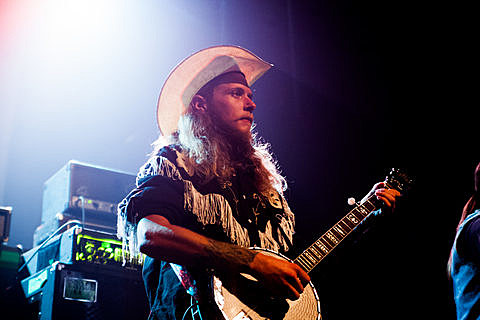 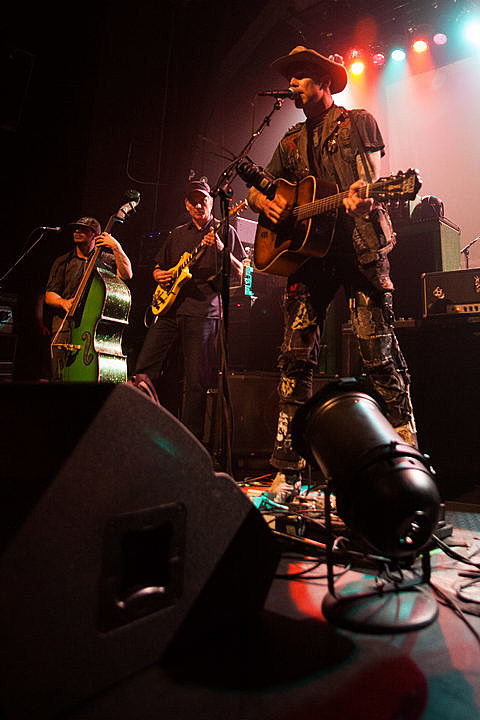 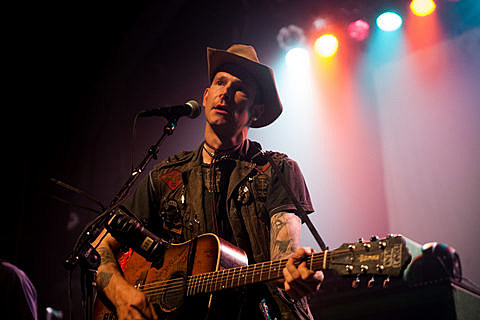 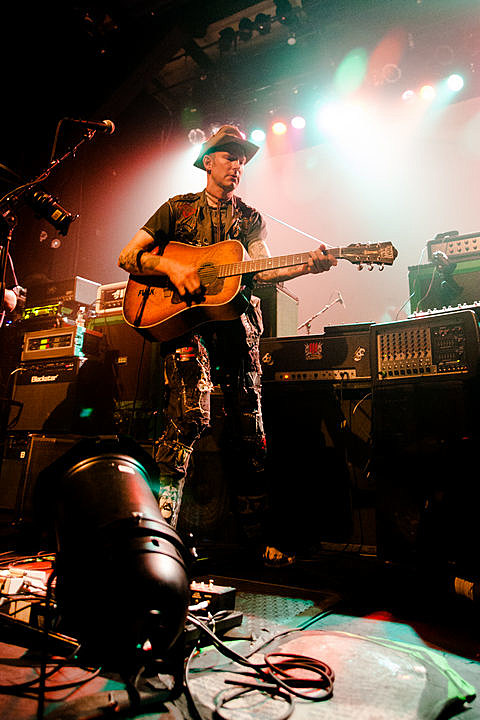 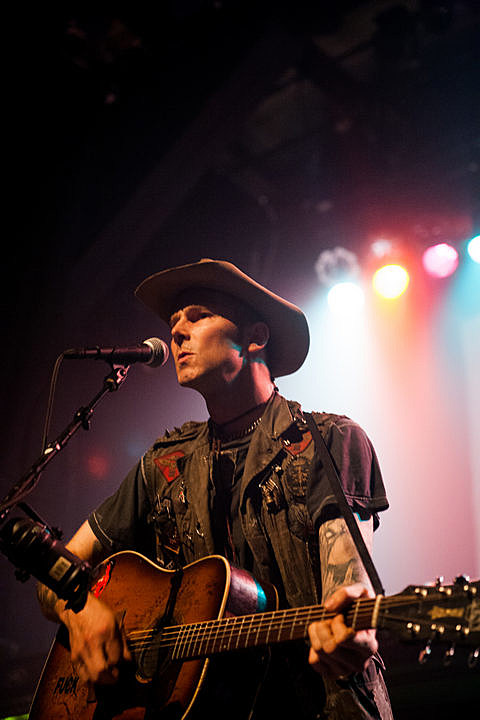 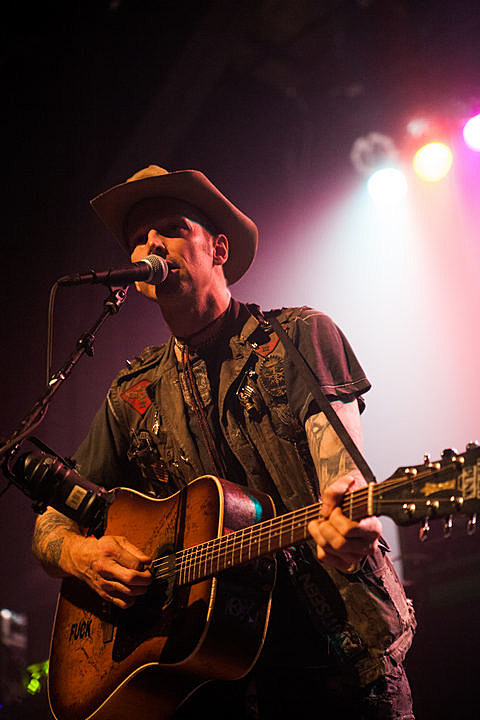 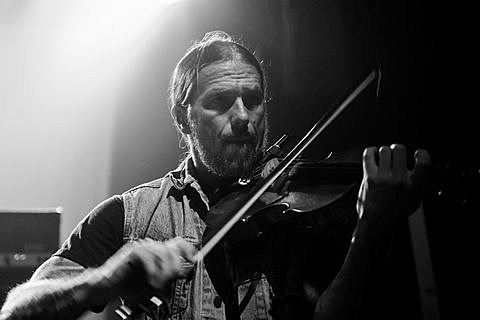 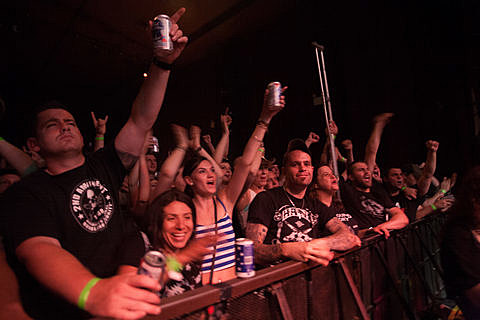 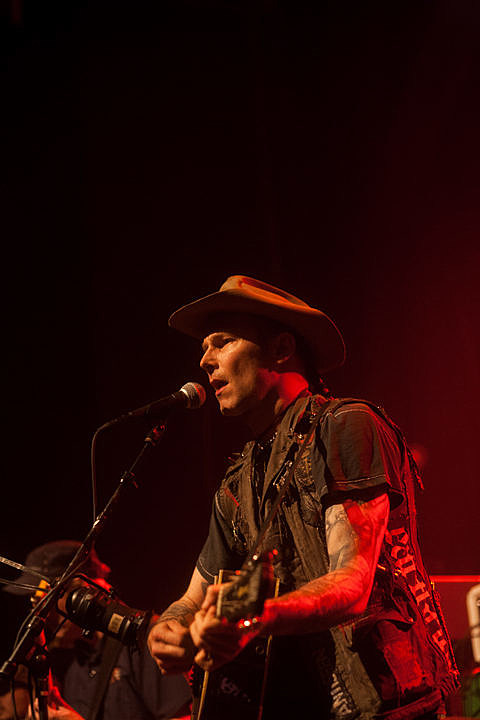 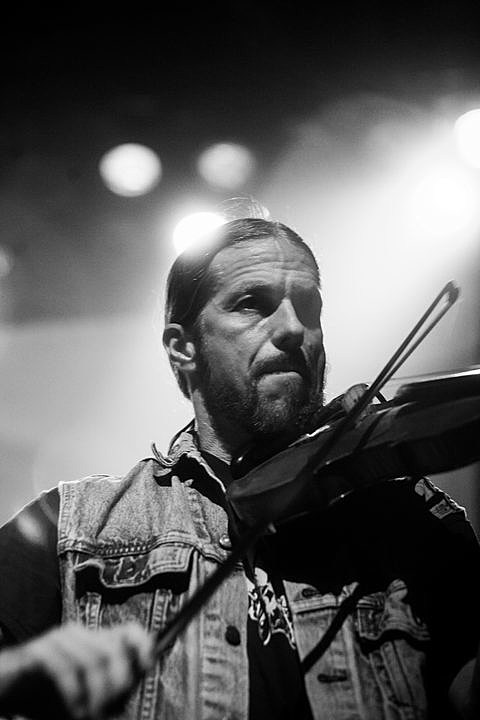 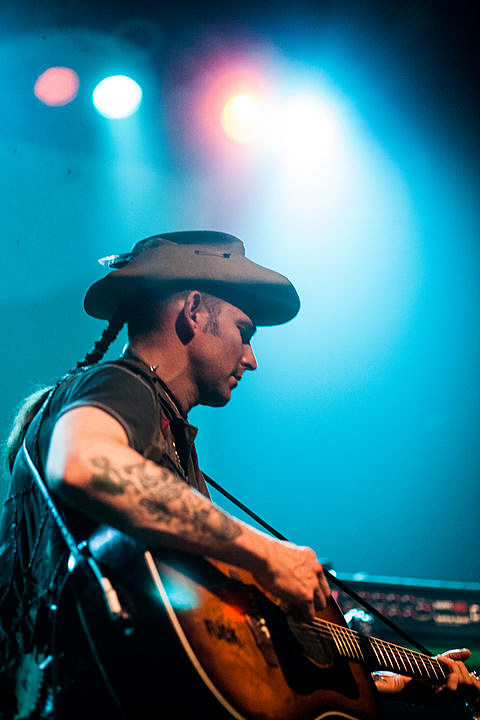 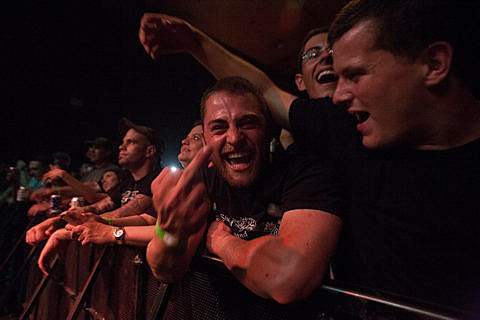 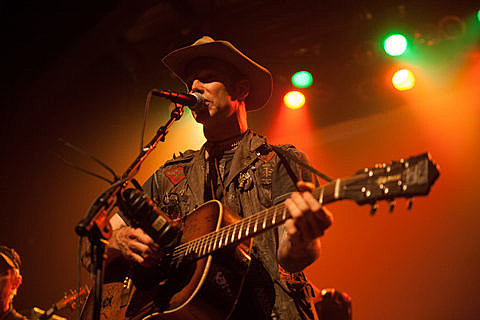