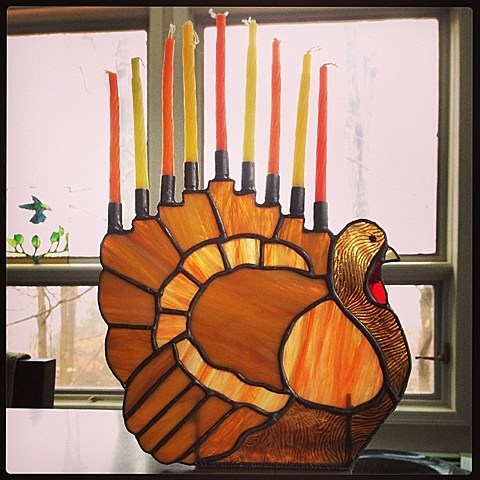 Happy almost Hanukkah! It begins at sundown tonight (though from where I'm writing this I haven't seen the sun at all today anyway) and as always, there are some musical events in NYC that you can attend to celebrate.

Matisyahu also recently released a Hanukkah app for children, which you can get at the iTunes store. He also appears in the new video for "World on Fire" by LA-via-Israel band Moshav. The video "shows that the greatest of gifts requires very little money. The camera follows a $20 bill as it passes through the hands of children and adults that have different hopes and hardships." You can watch it below.

Moshav are also one of the artists in NYC for the previously discussed annual Sephardic Music Festival, which goes down across multiple NYC venues from tonight (11/27) through December 5. They play Saturday (11/30) at 401 9th St in Park Slope (tickets). You can check out the full Sephardic Music Fest lineup here.

There's no Yo La Tengo shows during Hanukkah this year, but they are playing four holiday shows at The Bell House in December, which are all sold out.

Like they've done in past years, Klezmer punk band Golem will play a NYC show during Hanukkah. This year they play Glasslands on December 3 with The Unemployed Fortune Tellers and Minnie Tonka. Tickets for that show are on sale now.

Tonight (11/27) at City Winery, there's a Chanukah Festival with Soulfarm and Avram Pengas. Tickets for that are on sale now. City Winery also hosts a Klezmer Brunch on 12/16.

Other previously discussed Hanukkah events include the Menorah Horah at Le Poisson Rouge on 12/5 (tix), and the annual Maccabeats show at BB King's on Christmas (tix).

Or, instead of music, you can use your day off to check out the Judaica exhibit at The Met.

There's other non-religious events going on for Thanksgivukkah Weekend too.