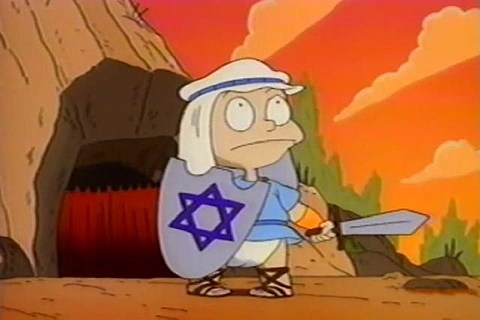 Hanukkah happens this year from December 6 to 14, and as always there are some musical ways to celebrate in NYC (plus things for Jews to do at Christmastime). Here's a roundup of some cool options:

It wouldn't be the holidays without a Matisyahu show, and this year he plays on Christmas at City Winery. Tickets, for what it is a pretty intimate show for him, are on presale now.

And as there often are, there are two Klezmer Brunches at City Winery Christmas week: 12/20 and 12/27. Tickets for the first and second are on sale now.

This year, the Schlep Sisters & Thirsty Girl throw their ninth annual Menorah Horah burlesque show on December 12 at The Hall at MP (480 Driggs Ave in Brooklyn). Tickets are available.

Le Poisson Rouge hosts 'The Friday Night Jam' on December 11 with Rabbi Dan Ain, Relix's Mike Greenhaus, and special guest Ryan Miller of Guster. It's a conversation/audience Q&A, and Ryan will be playing a short set. They'll also do the Friday Night blessings and each person gets a drink and a "festive snack." Tickets are available.

The Poppy Seed Players will put on a re-imagining of the Hanukkah story, Judy & the Maccabees, on December 13 at the Kaufman Center at 11 AM. "At first, Judas Maccabeus, the leader of the Maccabees, dismisses Judy and assigns her menial tasks, but she ends up coming up with the plan that helps them win the war and return to Jerusalem." Tickets are on sale.

Also at the Kaufman Center (12/13) later that night: The Zamir Chorale and Zamir Noded will provide an evening with "four centuries of music in celebration of Hanukkah as well as additional works by American and Israeli composers." Tickets are on sale.

Jewish a cappella group The Maccabeats usually play a Christmas day show, and while they haven't announced one as of now, they're playing the Jewish day school Magen David Yeshivah on December 7 in Brooklyn. They also just put out a new song, "Latke Recipe," which reworks Walk The Moon's "Shut Up And Dance" to be about a Hanukkah dinner ("up and dance with me" becomes "latke recipe"). You can watch the video below.

That Sharon Jones holiday album we just posted about isn't only Christmas songs. She's got a song on there called "8 Days of Hanukkah," which she also released as a 45. You can pick it up here. She plays the WFUV holiday show at the Beacon with Brandi Carlile and Dawes.

Sadly, the annual Yo La Tengo shows are no more (ever since Maxwell's changed owners), so you'll have to wait for their Spring 2016 tour to see them in the NYC-area.