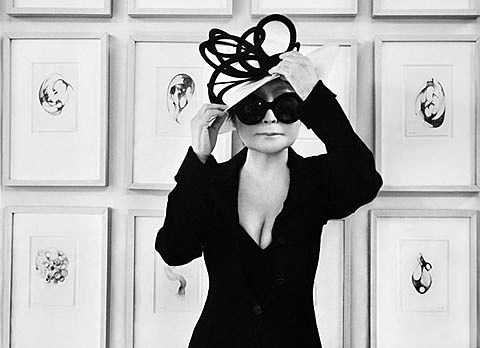 "SXSW is thrilled to announce Yoko Ono as a very special featured speaker for the 25th Music Conference and Festival. Ms. Ono will sit down with Jody Denberg for a SXSW Interview on Friday March 18th. From her pioneering work in the Fluxus movement of the 1960s to the recent Imagine Peace Tower in Iceland, Ono's art has challenged and informed, melding the personal to the universal in simple and unique ways. Her marriage and creative collaboration with John Lennon was a love story played out on the global stage. Ono's music laid the groundwork for the sounds of punk rock and new wave. Recently, Ono has had five consecutive dance singles charting at #1 on the top of the Billboard Dance Chart. In 2009, she received Mojo Magazine's Lifetime Achievement Award, and she assembled a new PLASTIC ONO BAND for her latest album, Between My Head And The Sky, co-produced with son Sean Lennon, on his Chimera Music label. From gallery to stage to social media platforms, Yoko Ono brings a message of peace to the world. Ms. Ono's ongoing projects are detailed at imaginepeace.com. Ms. Ono will also be a special guest performer at a Chimera Music night, Saturday, March 19 at The Elysium, 705 Red River St"