Har Mar Superstar in Austin in 2012 (more by Tim Griffin) 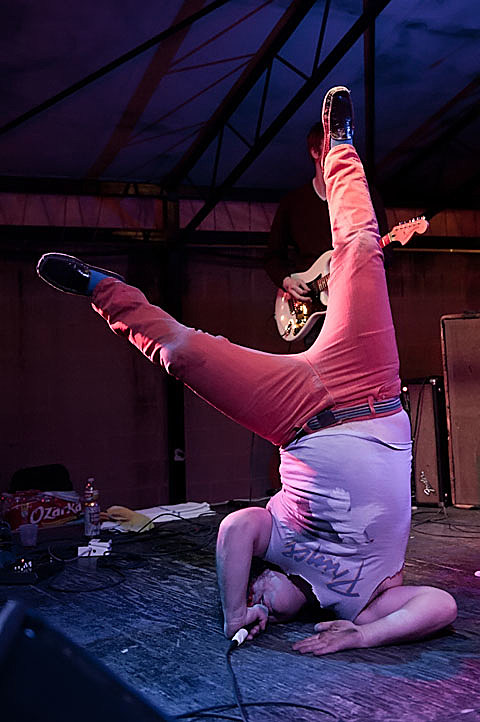 Well this tour will be interesting, to say the least. The always-weird and always-entertaining Har Mar Superstar is going on an extensive North American tour, and joining him will be Macaulay Culkin's pizza-themed Velvet Underground tribute band The Pizza Underground, whose 15 minutes are apparently still not up. The tour kicks off in NYC on October 17 at Knitting Factory, and if you're in Iowa you'll get to see it on Halloween. Tickets for the NYC show go on sale Friday (8/15) at 10 AM.

All dates are listed, with videos, below...