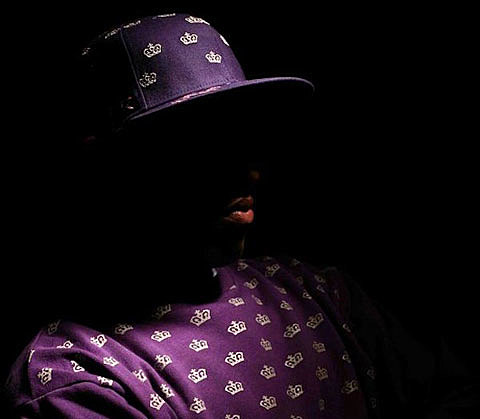 HARD Haunted Mansion returns to the Shrine Expo Hall in LA October 28-29 with Fatboy Slim, Skream & Benga, SBTRKT, Kingdom and others. Tickets for the LA festival are on sale now. A flier for the fest is below.

If you can't make it out to LA for the festival, HARD Haunted Mansion will be putting on a smaller but similar show on October 22 at Terminal 5 billed as 'HARD Haunted Mansion NYC.' The show will be headlined by Skream & Benga and includes support from Joker, Dillon Francis, Destructo, and more TBA. Tickets go on sale Friday (8/26) at noon.

Joker is set to release his first official full length album, The Vision on November 8 via 4AD. We've already heard his single of the same name with Jessie Ware on lead vocals (who also sang on the SBTRKT album). He's since revealed the single "Here Come the Lights" (ft. SIlas of Turboweekend) which comes out as a 12" on September 27 in the US b/w "Trance Girl." Check out a radio rip of the new track from BBC Radio 1 Zane Lowe's Hottest Record of the World show below.

In related news, HARD Summer Tour is underway with Digitalism (live), Switch, Designer Drugs, and of course HARD founder and DJ Destructo. Caspa, was originally scheduled to be on the tour, but recently cancelled. As mentioned, the tour ends on Saturday (8/20) at Terminal 5. Tickets for the show are still on sale and we're also giving away a pair. Details on how to win below.

To win tickets to HARD Summer Tour @ Terminal 5 in NYC: Send an email to BVCONTESTS@HOTMAIL.COM with the subect line "HARD" and your first and last name. We'll pick a winner at random. Your email will not be shared with anyone else.