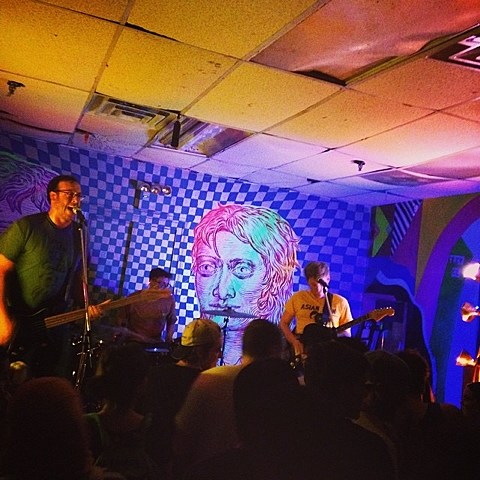 San Jose's Hard Girls kicked off their tour with Broadcaster on Long Island on Saturday (8/16), and the next night they made their way to NYC's Death by Audio with Chumped and a full band set from Bomb the Music Industry's Jeff Rosenstock, which we at BrooklynVegan were proud to present. It was Hard Girls' first-ever show in NYC (though all three have played here as members of the Jesse Michaels-fronted Classics of Love), and the crowd was clearly ready for them to finally make their way here. They split their set between material from 2009's Hello EP, their 2012 debut LP, Isn't It Worse, and this year's A Thousand Surfaces on Asian Man, and much of the crowd was ready to yell every word. Mosh pits broke out, people crowd surfed, and they played what seemed like a legitimately unplanned encore of "Beach Party." As they were taking off their guitars, the crowd began shouting the song's "Beach party tonight!" intro and before either singer could say no, the drummer joined in.

Both locals Chumped and tourmates Broadcaster had the kind of indie punk that was the perfect primer for Hard Girls. Both of those bands played new songs too, so keep an eye out for new material from those guys. Jeff Rosenstock, who used to front the now-defunct Bomb the Music Industry, headlined the show with a full band that included Hard Girls guitarist Mike Huguenor. BTMI are undoubtedly sorely missed by many, but their fans seem happy to come out and see Jeff in any environment, as last night's crowd was full of smiling faces and an energy level at least as high as Hard Girls' crowd. Jeff and friends were in equally good spirits and sounded great, and their set also ended with an impromptu encore. "At BEST we can do a cover that we all know," said Jeff about he and his band who had clearly only learned the songs that were prepared for this show. They decided on Weezer (who Jeff is no stranger to covering), and after Jeff asked DbA's Edan Wilber which song from the first two albums they should do, they took on "My Name Is Jonas" at his request.

Really fun show all around. Thanks to everyone who came, and we hope you had as good of a time as we did. A few more pictures below... 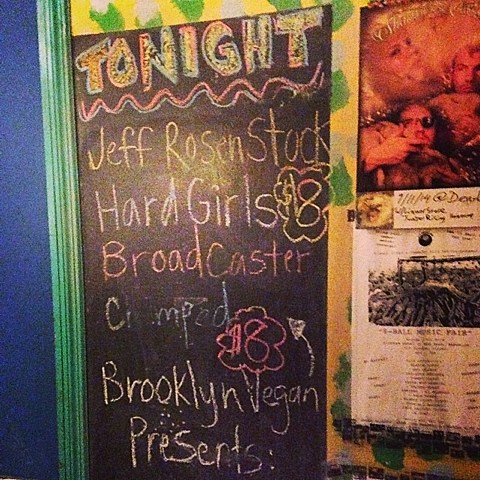 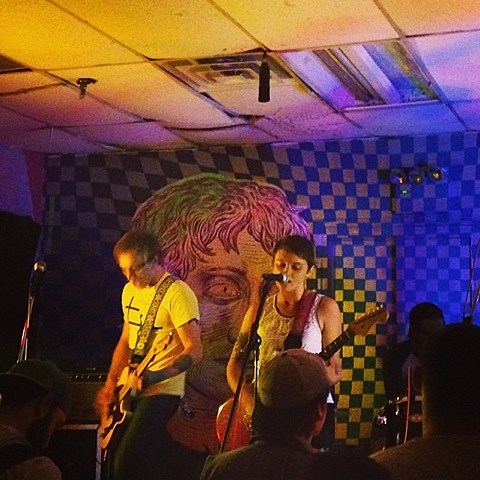 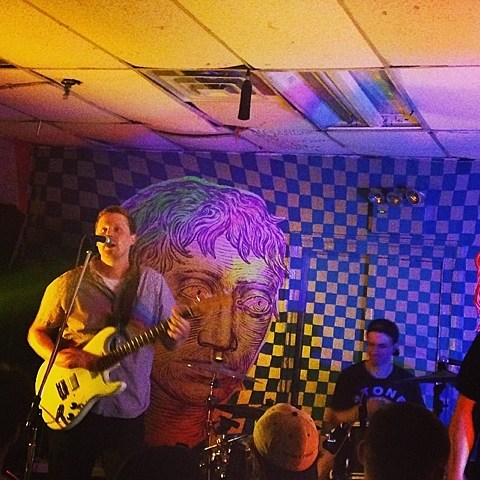 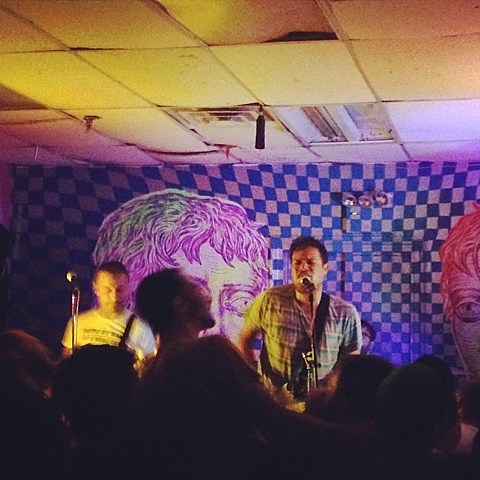