Hard Left in LA (via) 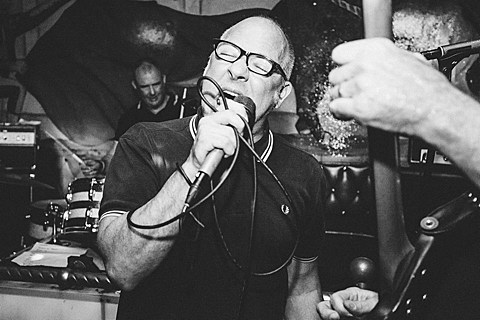 Earlier this year, we mentioned that Slumberland Records founder and Black Tambourine / Manatee member Mike Schulman has a new '70s UK-style punk band Hard Left. Since we last spoke, their debut album We Are Hard Left came out (on the band's own Future Perfect Records), and now they're ready to tour in support of it.

The tour hits NYC on August 9 at Cake Shop with SAVAK, the very good new band formed by Sohrab and Greg of Obits. Then on August 15 they play an all ages matinee at ABC No Rio and a night show at Alphaville. All dates are listed below.

The band also have a new video for "Kicking It Off" from their debut album (directed by Lily Chou), which premieres in this post. You can watch that below too. 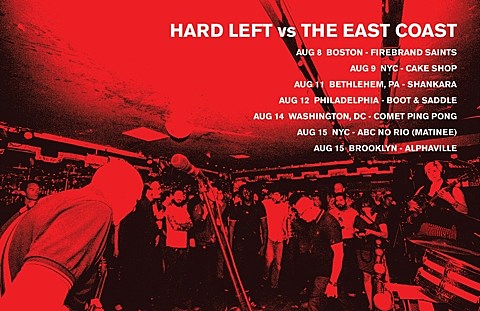