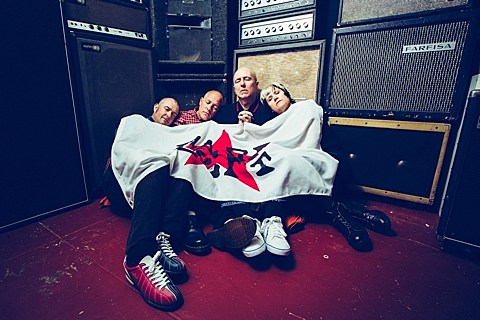 Slumberland Records founder and Black Tambourine / Manatee member Mike Schulman has a new band called Hard Left, and the indie pop sounds you may associate him with are nowhere to be found here. Also featuring Boyracer's Stewart Anderson and Lunchbox's Tim Brown and Donna McKean, Hard Left make throwback punk recalling the late '70s UK era. If you're into stuff like Sham 69, Cockney Rejects or The Sex Pistols, this band is for you.

The band's debut LP, We Are Hard Left, comes out May 12 as the third release on the band's own label Future Perfect Records. We've got the premiere of its newest single, "Red Flag," which you can listen to below.

The California-based band also have a few upcoming shows in their home state. Those dates are listed below too...