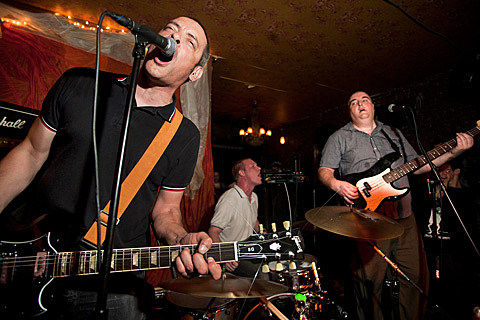 Hard Skin will bring their UK oi comedy show back to US shores this summer when they kick off a round of dates with their previously discussed appearance at This is Hardcore. From there, the band will play one more East Coast show (in Brooklyn at Acheron on August 13th with Murderess, Sad Boys & Coffin Fit) before skipping around the country to play shows on the West Coast and in Texas. Full tour schedule and some audio below...