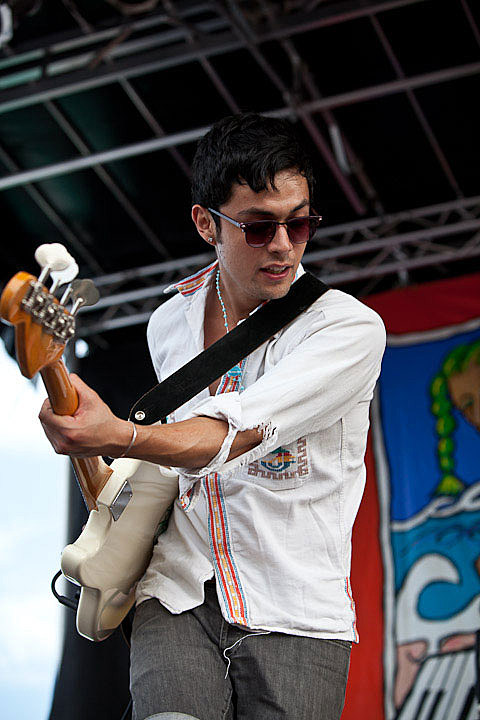 Unbeknownst to a lot of people (like us), Austin hopefuls Harlem (whose 2010 LP, Hippies, came out on Matador) broke up some time ago or at least gone into indefinite hiatus, with the members splintering into various groups. Singer Michael Coomers is now in Lace Curtains who released last year's quite good and underheard The Garden of Joy and the Well of Loneliness. Try not to confuse Lace Curtains with Lace Curtain (no "s"), the new Total Control/Eddy Current spinoff.

Harlem bassist Jose Boyer formed Daytona and that band is still going (they played Shea Stadium last night, 2/12), but has a new group, Las Rosas, whose debut EP is streamable below. It's very much in Harlem's sneery, garage-y vein. Las Roses make their live debut on Saturday (2/23) in Brooklyn at Union Pool with Clear Plastic Masks and Northern Bells. $7 at the door.