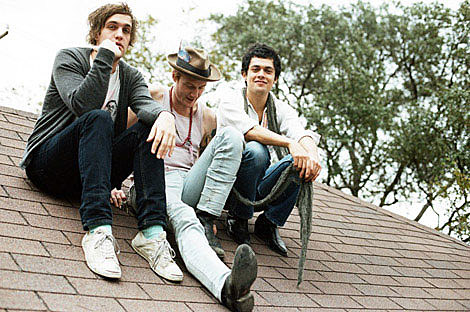 It's a good week in New York for lovers of no-muss-no-fuss garage rock -- there's a lot of it in town. Austin trio Harlem are playing a trio of shows, the first of which is tonight (2/10) at Mercury Lounge with Girls at Dawn. They then play Friday (2/12) with Frankie & the Outs and The Siberians at Monster Island, and then hit Union Pool on Saturday (2/13) with Jemina Pearl. The band's second album (and first for Matador), Hippies, is out in April and doesn't stray too far from the greasy lo-fi of their debut, but with a bit more, um, finesse. They haven't polished the furniture, just tidied up a bit and the songs don't substitute reverb and distortion, for songwriting chops and attitude. It's a good record.

I'm going to see them tonight Mercury Lounge, but if I had to recommend one of the three shows, Monster Island on Friday seems like the right place to see them with the best and most economical ($7) of the overall line-ups. The Siberians make the kind of garage you would've heard at Cavestomp ten years ago before the genre became cool again -- more Lyres-style organ, less scuzz. Stupid Party are molasses-thick with extra sludge.

The night starts with Blacksburg, VA's Wild Nothing whose dreamy new single, "Summer Holiday," was just released on Captured Tracks. Think a slightly less wimpy Trembling Blue Stars and you're in the general sonic ballpark. Maybe you've already heardhis cover of Kate Bush's "Cloudbusting" that made its way around the internet last year.  I'm pretty sure on record it's just one guy, so what guise Wild Nothing will take live is anybody's guess. And Frankie & the Outs have really come along as a band over the last five months and are coming into their own -- and apparently they've just wrapped up recording their debut album. Hopefully that will be out sooner than later. 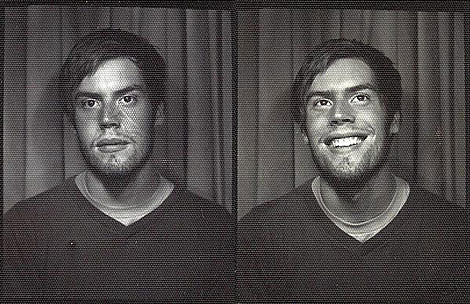 Both Wild Nothing and the Outs will play Monster Island again the next night (2/13) for another great show, this time with Blank Dogs (who haven't played in a while), Sisters and Ireland's So Cow. This will be the first NYC appearance from So Cow since his assault on the U.S. last summer where he charmed nearly everyone who went to see him play.  His new album, Meaningless Friendly, is supposedly out this month though there's no mention of it on the Tic Tac Totally website. Ask him what the hell's up with that at the merch table, won't you? If you can't make it Saturday night, So Cow plays again on Sunday (2/14) at Cake Shop with Vivian Girls/Woods side project The Babies, the Nick Cave-y Preacher and the Knife (who are also playing a fashion show on Friday) and retro doowop stylings of White Blue Yellow and Clouds.  So Cow will be in here for nearly six weeks (including SXSW), playing just about everywhere in North America so do go see him if you can. 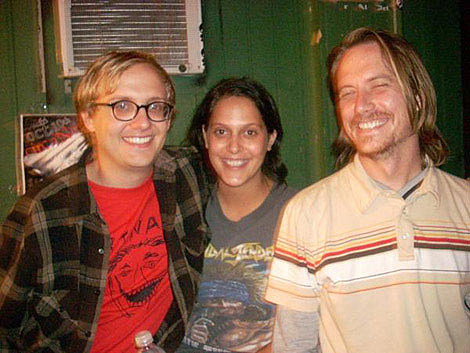 Monday night at Cake Shop was the kickoff show for Christmas Island / Beets / Beach Fossils tour which will take them down and up the East Coast over the next ten days. If you missed that show, all three play again on Saturday (2/13) at Death by Audio and then will close the tour on 2/20 at Music Hall of Williamsburg with Crystal Stilts and German Measles (tickets are still on sale for the latter). Matt Volz, who does all the The Beets' artwork, designed a great poster for the tour which you can actually buy via Captured Tracks website and at the merch table on this tour (and is given a CT release number a la Factory Records). You can see a big version of it here.

I've written plenty about Beach Fossils and The Beets before and both bands play here often, they live here, so the real draw here is San Diego's Christmas Island. Their album from last year, Blackout Summer, didn't get much attention but is well worth checking out. You can download a track from it at the top of this post. Not unlike fellow Californians Nodzzz, Christmas Island make somewhat surfy, definitely nasally/nerdy indie rock that at times reminds me of the Dead Milkmen (when Joe Jack Talcum sang).  They were good when I saw them at SXSW last year and look forward to seeing them again on Friday. All tour dates are at the bottom of this post. 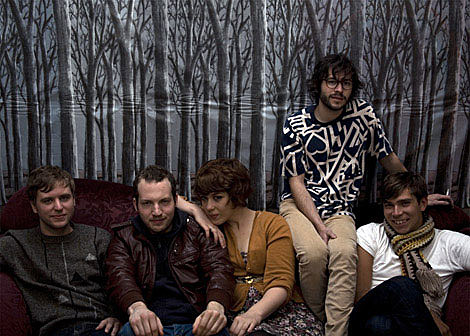 Tomorrow (2/11) is the  second of Savoir Adore's three Thursdays in February residency at Cake Shop and I've got another pair of tickets to give away. Just email BVCONTESTS@HOTMAIL.COM with "Savoir Adore" in the subject and I'll pick a winner at random. Openers this week are really good. Both CYHSY/Savoir Adore side project Uninhabitable Mansions and We Are Country Mice have been written about by me before, but I'll like to highlight Brooklyn band North Highlands who make rather lovely piano-driven orch pop. Singer Brenda Malvani has one of those airy but strong voices that seems to have dictated the sound of the band, it all just goes down so well together. They're good live too. You can download title track from their Sugar Lips EP at the top of this post. In between bands this week, Pat from Pop Tarts Suck Toasted (a victim of this week's nasty "Music Blogocide 2K10") will spin tunes. Should be a great night.

A couple more. The Obits anniversary shows are at Cake Shop Friday and Saturday night. Sure to be awesome.

And finally don't forget about Diamond Nights and Cheeseburger (with guest vocalists) this Saturday (2/13) at Brooklyn Bowl. If ever there were two bands to see at a bowling alley, it's these two. The Coco66 show Diamond Nights were originally booked to play on Friday isn't happening so this may be your only chance ever to see them rock it again, as the band has been defunct for over two years. They definitely went before their time. Really looking forward to this one.

That's it for this week. Flyers and tour dates below. 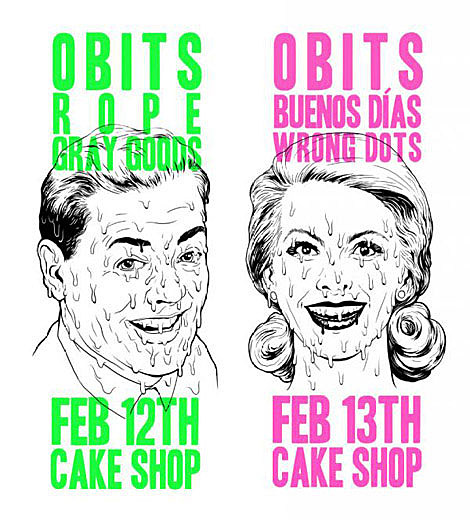 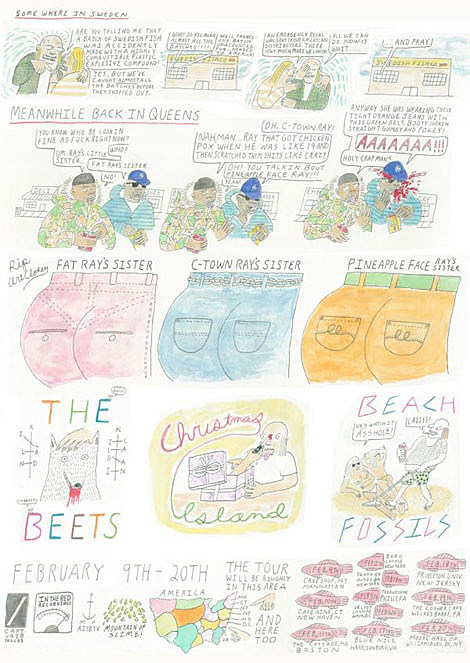 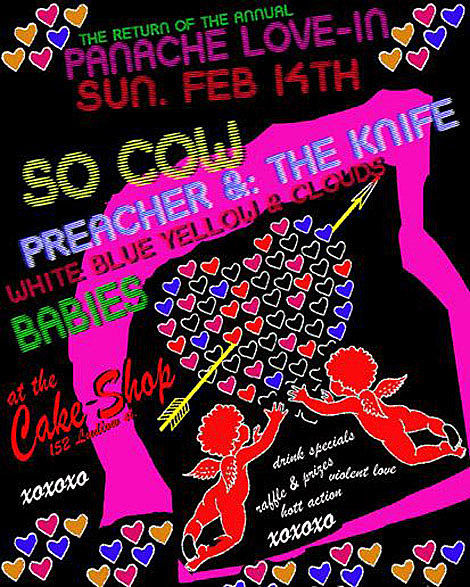