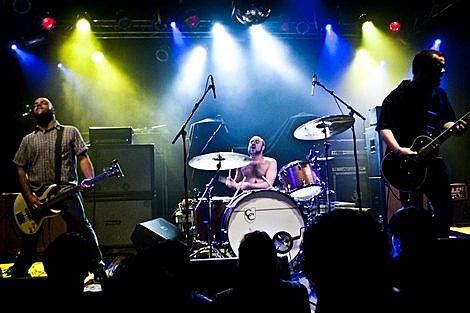 We can confirm that Harvey Milk and Torche will team up to play a Brooklyn show at Music Hall of Williamsburg on July 26th. Ticket details, and possibly full tour details, are to come (thx anon).

Torche recently played NYC with Dredg and From Monument To Masses.

Harvey Milk is set to play ATP: The Fans Strike Back in Minehead with Sleep, The Jesus Lizard, Devo, Spiritualized, Killing Joke, M83, Grails, Electric Wizard, Jesu, Lords, and many many others. For the lucky few who are going, you can plan your day now that the set times have been released.

All known tour dates below...