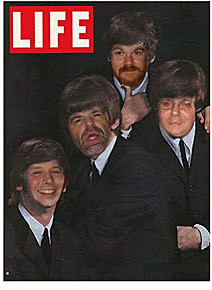 You see, dreams DO come true. Harvey f'n Milk have added a show at Club Europa in Brooklyn on November 2nd. Tickets are on sale. 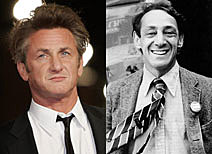 In related news, the REAL Harvey Milk is set to get a bio-pic of his own. Directed by Gus Van Sant (Drugstore Cowboy), Milk stars Sean Penn as the late Harvey Milk, California's first openly gay elected official, a San Francisco supervisor who was assassinated along with Mayor George Moscone by San Francisco Supervisor Dan White. The film also stars Josh Brolin, James Franco, and Emile Hirsch and is set to hit theaters on December 5th. Trailer below.

So what would possess the band to name themselves after this politician? Here's how drummer Kyle Spence explained it:

Although Spence wasn't in the band at its beginning, he recalled that "Creston had watched this documentary about Harvey Milk and just thought he was a cool guy. It's not meant in disrespect or anything purposefully funny or ironic. They were trying to make names for the band, and it came down to either that or Rip Torn.

"Now, it's funny, though, because we couldn't have timed it better: We're getting the most attention in our career because of that movie coming out."

A few elderly folks reviewed Harvey Milk's "Death Goes To The Winner".... check it out below.

"I think I just swallowed a tea bag"