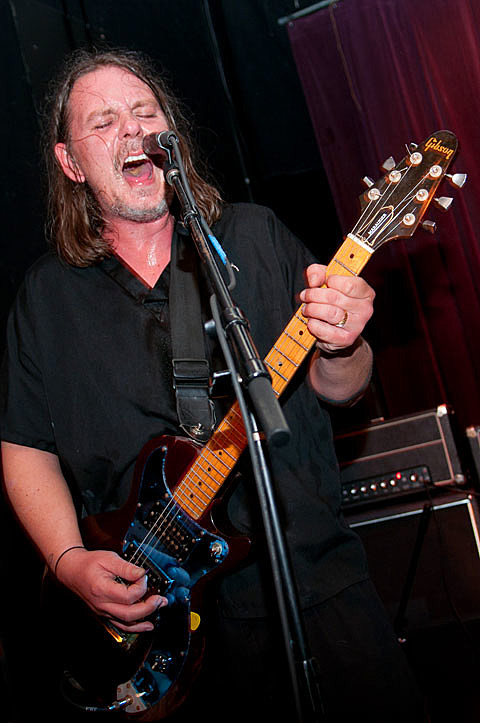 Harvey Milk play The Wiltern in LA next weekend with the mighty Sleep, but after a few weeks they'll return to the East Coast for a round of gigs. The dates will include a stop at Saint Vitus in Greenpoint on July 13th (no ticketing info is available). Harvey Milk kick off said tour in their (original) home base of Georgia (in Atlanta), and loop back to play their final night of the tour in Athens, GA.

Sleep play NYC on June 22nd at Terminal 5, and with the awesome Winter and White Hills. Tickets are still available. The show is one of a few lined up for the stoner doom legends.

Kyle Spence of Harvey Milk recorded On The Wings Of Time, the new record by Black Skies. The North Carolina band recently played two shows in one night in NYC.

If you see Harvey Milk bassist Stephen Tanner in Brooklyn, he might be heading to/from work at The Commodore.

All tour dates and a Harvey Milk stream is below.