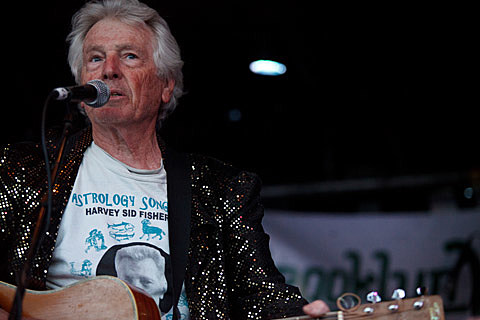 Some of you may have come to the official BrooklynVegan SXSW showcase this year that was stacked with killer punk. If you got there early, you may have also seen the somewhat odd-man-out on the bill: Harvey Sid Fisher. Who is this enigmatic dream weaver? As we wrote before:

...occasional actor and cult singer Harvey Sid Fisher is probably best known for his album Astrology Songs in which he performs songs about the 12 signs of the Zodiac....the album came out on Gregg Turkington aka Neil Hamburger's Amarillo Records, which also makes Harvey labelmates with Anton LaVey.

If you've never heard Astrology Songs, its definitely at least worth checking out for your own star sign, but "Aries" is especially catchy.

Folks in NYC can catch the one and only HSF this week as he plays as part of the Northside Festival. He's playing the Personal Injury Records showcase at Muchmore's on Friday (6/13). It's a pretty good bill too, with the ethereal synthpop of Psychic Twin, Limited (Alex Craig of Big Troubles and Ducktails), plus Sateen and Ziemba. It's $8 at the door or free with a Northside badge.

Show flyer and samples of all 12 Astrology Songs videos, below... 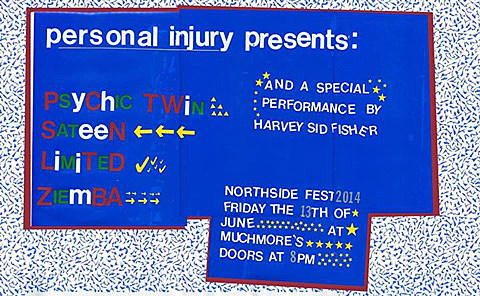