by Andrew Sacher and Wyatt Marshall 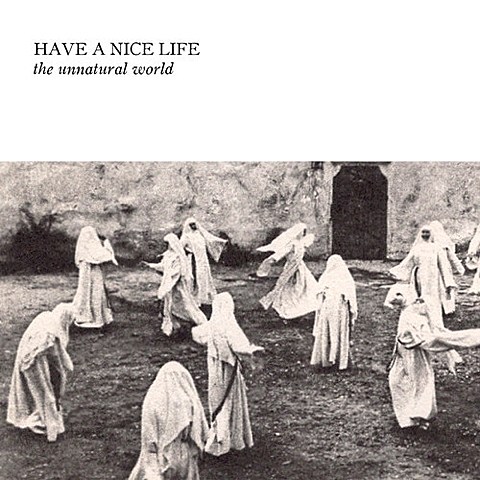 We recently wrote about Dan Barrett's project Giles Corey, who just played NYC last week (1/12), but Dan's also been busy with another of his projects, Have A Nice Life (his duo with Tim Macuga), who will release their new album, The Unnatural World, on February 4 via The Flenser and Enemies List Home. It's their first full length since 2008's Deathconsciousness.

The album falls somewhere between goth, noise, shoegaze and post-punk (touring with Swans would be a good match), and from that description you probably have an idea of the kind of dreary stuff you're getting yourself into. But for such dark music, The Unnatural World is addictively melodic. Vocals are front and center, not obscured by overdoses of distortion and reverb (though the album generally has much of both), and not shying away from the power of a pop song. In some dark alternate universe, the repetition of "Is this what it's like/is this what it's going to be like?" in "Defenestration Song" drills itself into your brain far enough to get this stuff on the radio. And they're sung so passionately and emotionally -- you'd probably never call this emo, but from the way he cries "It isn't real but it FEELS real" on "Burial Society," I wouldn't be surprised to see people weeping at their shows. Listen to that one below, and check out the whole record (highly recommended) over at Pitchfork. While you're at it, you can browse some pics of their NYC show with Alcest and Woe in 2010. 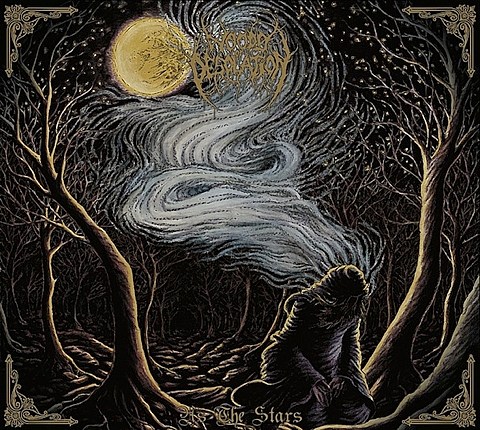 Meanwhile, another heavy/dark/atmospheric band streaming their new album is Australia's Woods of Desolation. It's technically a one-man band, but maestro "D." brings in various musicians to perform on each album he's put out under the Woods of Desolation name, including, this time, Vlad from Drudkh on drums--not to mention the incredible vocal performance by Old from the lesser-known Drohtnung, and Luke Mills from Nazxul and Pestilential Shadows on bass. As the Stars is Woods of Desolation's most accessible album yet--D. has dropped a great deal of the more in-your-face elements of depressive black metal in favor of rawer, comparatively slowed down riffs that are instantly memorable and cross the post-black metal divide. The result is an album that's epic, triumphant, melancholic and catchy all at once--not to be missed, As the Stars is an early front-runner for metal album of the year.

Stream As The Stars (via Stereogum) and HANL's "Burial Society" below...

Have A Nice Life - "Burial Society"

Have A Nice Life - The Unnatural World

Woods of Desolation - As The Stars